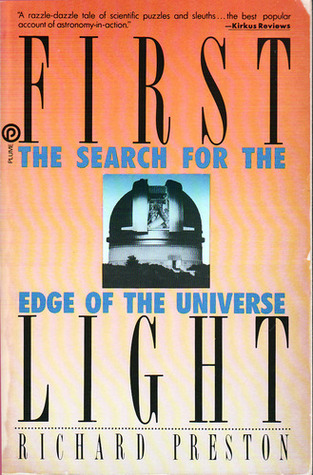 Seven years before Richard Preston wrote about horrifying viruses in The Hot Zone, he turned his attention to the cosmos. In First Light, he demonstrates his gift for creating an exciting and absorbing narrative around a complex scientific subject--in this case the efforts by astronomers at the Palomar Observatory in the San Gabriel Mountains of California to peer to the f Seven years before Richard Preston wrote about...

See All Quotes From "First Light"