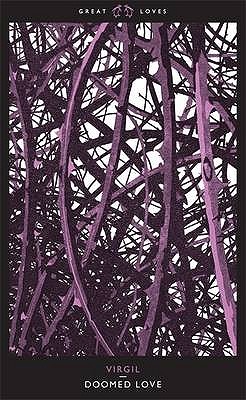 Love can be hopelessFrom the fall of Troy to the deadly Harpies, Aeneas’ epic voyage is filled with tragedy, destruction and omens of danger. As he recounts his adventures to Dido, who gives him sanctuary, they fall in love. But the Gods intervene and Aeneas realizes their relationship cannot last.

Love can be hopeless

From the fall of Troy to the deadly Harpies, Aeneas’ epic voyage is filled with tragedy, destruction and omens of danger. As he recounts his adventures to Dido, who gives him sanctuary, they fall in love. But the Gods intervene and Aeneas realizes their relationship cannot last.

An enjoyable book that 1. Seemed a little chopped up and 2. Seemed like I've read parts of the book before. Overall, it was good, but I see having to read The Aeneid in the future.

Despite this book being only an excerpt of Virgil's Aeneid, and a mere 130 pages, it took me several weeks to get through. Although I found the first chapter quite captivating, chronicling Aeneas meeting the queen Dido after escaping from the wrath of Juno, I found the following two (longest) chapters telling of the fall of Troy quite difficult to get into. I don't know if it's because of the manner in which this is written, with very long paragraphs and little to no breaks, but it took me over a week of picking this up and putting it down to get through it. I'm not sure if it was the translation, or just Virgil in general, but I struggled with this. Not the best, even though the story itself was interesting.

This was good, but I feel like I've read the same story before, but better. Maybe I've heard too many versions of it, maybe it's the translation. There were parts where my eyes glazed over and yet other parts that were so exciting. Mixed feelings. I never realised that this is the first four books from The Aeneid so I'll have to continue with the whole version later (it's long)

Extremely powerful, emotional writing, especially in Book Four. The fate of Dido, who loves Aeneis, is haunting. I often hear that works originally written in Latin lose something in translation, but I didn't feel that with this story at all. I only read as far as Book Four because that was all that was required for my studies, but would certainly read on to the end of the epic at a later date.

Well what can I say. Entertaining enough.

The story is about the love between Dido and Aeneas. But also war, shipwrecks, people getting stranded all over the show and some more battles :)

But its beautifully written, even if sometimes I wasn't sure who was who.
Characters were introduced too quickly and swapped too quickly.

But still something everyone has to read at least once!

This is technically a re-read for me, but I still liked it even if the slow pacing in the second chapter was even more annoying the second time around.

This is the story of Aeneas' escape from the destruction of Troy and his relationship with Dido, the queen of Carthage. I liked it a lot, though the transition from Aeneas' description of his escape and the actual love story is abrupt. I'm now interested in reading the Aeneid. My favorite part of the book was the description of Rumour. I thought it was just fantastic!

Doomed Love is the first four books of Virgil's Aeneid, for those who are not aware the first section focuses on the flight from Troy of Aeneas and his fellow survivors. Having been attacked by the jealous gods they seek refuge in the kingdom of Dido. Dido falls in love with Aeneas and tries to beguile him into remaining with him, but he is compelled to fulfil his destiny of founding the Roman republic and rejects her. This translation is a nuanced and well conceived retelling of a well known story, I would suggest that some familiarity with the story of the fall of Troy would make this an easier read as characters and events are mentioned briefly so a little foreknowledge would go a long way. This is a nice little introduction though and enough to whet your appetite for the Aeneid proper.

I was debating between giving this 3 or 4 stars the whole way through, so I suppose this is 3.5 stars.

I'm only just starting to get into ancient literature, so even a book this short is quite challenging for me. I think that was what I had the most difficulty with; the story is interesting and one that I've been interested in for a while anyway. Perhaps if I revisit this in the future after I've had some more experience with ancient texts, I might give it a higher rating.