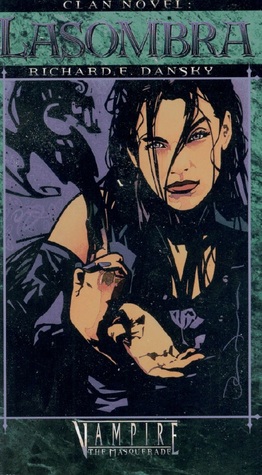 "Younger Kindred often thought it was a big deal to steal stupid things just because they were vampires, but Lucita had found that it was the stupid things that most often led to trouble. Steal some gas and you piss of the station owner. Piss off the station owner and he calls the cops. The cops get called, they look for you, and all of a sudden feeding without complications becomes nigh impossible (because God knows that a cop would rather look for a gas thief than mix it up with someone likely to be packing, or interrupt a domestic disturbance). And so it went, and it was easier to pay the twelve bucks and avoid complications. If the situation had demanded, she would have had no compunction about killing the old man and putting his blood to good use, but since the situation didn’t warrant such, there was no point to causing trouble for herself. After all, normal young ladies who did normal things tended to fade from the memory of those that saw them—and Lucita didn’t like to be remembered.

That was the whole logic behind the damn Masquerade, to be honest. It wasn’t because there were any vampires out there who were “good guys” (though some folks spent years, decades, or even centuries trying to play the role) and the Masquerade was some great and altruistic thing done for the sake of humanity. No, it made working easier. It made feeding easier. And it meant less competition and fewer hassles from kine with torches and shotguns. So few kindred on either side of the fence understood that. It wasn’t about kowtowing to the Antedeluvians or keeping the world safe for poor fragile humanity.

It was about getting things done with a minimum of effort. There was no idealism involved. Lucita just liked avoiding unnecessary complications."
0 likes
"Baughman had, like every other wannabe Anarch Buffalo had ever spawned, havened in the plant at some point. This was before he realized that Prince Lladislas and his advisors kept the place standing as somewhere the rebellious teens of the Camarilla could go to perform the vampiric equivalent of smoking dope behind the garage before coming home, growing up, and getting a respectable job manipulating the local media or some such."
0 likes
See All Quotes From "Lasombra (Vampire: The Masquerade: Clan Novel, #6)"