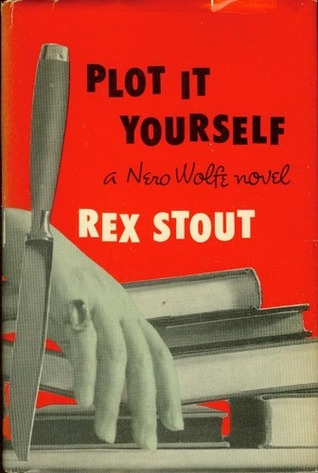 Welcome to the big mess that is modern intellectual property laws. Do not believe me? Take a look at the following as an example: 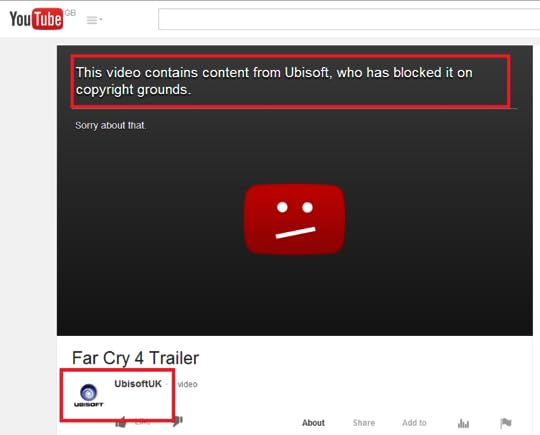 These laws were not any easier to understand almost 60 years ago when this book was first published. A group of publishers and authors came to Nero Wolfe for a consultation. Somebody devised a good blackmailing scheme involving bestselling books. Basically as soon as a book reaches bestselling status a person - different every time - comes out and claims he/she submitted the book for publication before the published book was written, but it was rejected and the manuscript was never returned. The said manuscript suddenly and unsuspectingly appears in publication group's archives. An invitation to court follows with the charge of plagiarism.

It took me awhile to explain the clever but illegal money making scheme, but it is actually quite simple. The investigation however was nothing but. It involved quite a few dead bodies, plot twists and one of the most complicated mysteries of the series. Both detectives also managed to get an egg on their faces and thus it became personal for them especially Nero Wolfe who has a very high self-esteem.

So in conclusion in addition to the usual great interaction between the characters this novel also has a very complicated mystery which I mentioned above as an additional bonus.

Nero Wolfe is hired to get to the bottom of a suspicious series of plagiarism suits in which established authors are being framed and successfully sued because of the "evidence" of plagiarism planted in the plaintiffs' manuscripts. Wolfe determines all these manuscripts are the work of one person, and soon the bodies (of the supposed original authors of those manuscripts) start piling up.

This novel is notable for its treatment of the interdependent yet hostile relationship between author and publisher, something a veteran novelist like Stout would know something about. The first third of this novel is as absorbing and ingenious as any Wolfe I've read, but the development and denouement don't quite measure up to the beginning.

Still, it is thoroughly entertaining.

A visit with Nero Wolfe and Archie Goodwin at Wolfe's brownstone on West Thirty-Fifth Street is always a treat. These are nostalgic and light reads. As I write this review we are in the midst of the COVID-19 pandemic. It has been a tough year. Someday someone may read this review and this will be history.

Published in 1959 this is the 32nd book in the series. The Book Publishers of America (BPA) and the National Association of Authors and Dramatists (NAAD) form a joint committee and hire Wolfe to investigate claims of plagiarism. In these cases the plagiarists are claiming that the well-known authors are stealing from them. "Plagiarism upside down" as Wolfe puts it. The plagiarists plant evidence to back up their claims. These claims have damaged both the publishers and the authors and the committee wants Wolfe's help in stopping the fraud.

There are four different claims that Wolfe is hired to investigate. His first step is to gather all the manuscripts. Wolfe fans know that he is an avid reader and after reading all the manuscripts he concludes that they were all written by the same person. This he says is based on aspects such as diction, punctuation, syntax and paragraphing.

A committee member suggests that one of the plagiarists be offered money, along with a guarantee of immunity, to identify the author of the manuscripts. The next day Archie goes to make the offer but finds Sergeant Purley Stebbins at the apartment. The plagarist has been murdered. This is followed by the murder of two more of the plagiarists. Wolfe blames himself for not taking steps to protect the plagiarists when they first planned to offer money for information. He is so angry that he tells Fritz "... I shall drink no beer until I get my fingers around that creature's throat".

There is only one plagiarist left. As is usual in these stories Wolfe gathers everyone together in the office in his brownstone where he will reveal the identity of the murderer. Rex Stout draws on his experience with publishers, authors and the writing process itself. A fun and quick read and nice visit with some familiar characters

Had to look up the "Heron" automobile Mr. Wolfe is said to own - no such car existed in actuality. Probably a salute to the heron crest of the Cadillac of the 1930s. (Rex Stout drove one.)

A fun romp through the publishing industry of the late 1950s.

Some light reading after a couple of tomes. Not Stout's best--Wolfe commits an egregious oversight that a dedicated Wolfite just can't credit. Archie doesn't turn Rowcliff inside out. And the byplay among the regulars doesn't measure up. But mediocre Stout is still an enjoyable couple of hours.

Since it's about the publishing world, one supposes an insider could identify at least some of the characters.

I think this book is one of Stout’s best even though Wolfe is a bit more prominently featured than Archie. A committee of authors, publishers and playwrights hire Wolfe to investigate several claims of plagiarism. Here’s the way the scheme was worked: after book A was published, a writer came forward with manuscript B claiming writer A had plagiarized from manuscript B. Writer A then had to pay a settlement to Writer B, or Writer B sued Writer A in court for damages. This has been carried out several times, with one of the later ones being a play rather than a novel.

Some have already been settled, one was tried in court and damages awarded to the Plaintiff, and one is very fresh, so to speak.

One of the first things Wolfe does, which no one has done as yet, is read all the books involved. Wolfe is obviously a fast reader (although perhaps not on par with Dr. Spencer Reid as portrayed by Matthew Gray Gubler on the Criminal Minds TV show who can read 20,000 words per minute). By analyzing the writing, syntax, punctuation, etc. of the books, he determines that the all of the “B” books were in fact, written by the same person.

As a lover and consumer of books, I really enjoyed this story. I usually read mysteries for the characters and their world, but the plot was the strongest aspect of this story, IMO, and one that very much appealed to me. That’s why I give it a rare 5 stars.

Wolfe is approached by a committee of authors and publishers to find out who is behind the string of spurious claims of plagiarism. It gets serious fast when some of the people who claimed to have been plagiarized turn up murdered. Of course, by the end the murderer has been uncovered. This book contains one of the rare instances when Wolfe leaves the house on business.

As one of the later of Rex Stout's Nero Wolfe novels Plot It Yourself has been said by some to not be one of the best, however I think it stands up alongside Some Buried Caesar, The Doorbell Rang, and Death of a Doxy. There is some fine prose as to be expected by Stout and all the desirable cast is present including Sal Panzer, Orrie Cather, Fred Durkin, and even Theodolinda "Dol" Bonner (the female detective who appears occasionally in the Wolfe stories and once in her own novel The Hand in the Glove).

In this outing Wolfe is hired by a committee of writers and publishers to deal with a string of plagiarism suits. In customary fashion Nero proves himself the smartest person in the room to such a degree the culprit is moved to escalate their crimes to murder to forestall his investigation. Archie gets some good lines, but less interaction with women, and there's a good scene with Inspector Cramer of Homicide who has a rare opportunity to get a dig in at Wolfe.

As always Stout plays fair with the reader and the solution is in plain sight for the astute. This has always been one of my favorite parts of Stout's Wolfe novels. Much like Ellery Queen it's up the reader how much they want to have a go at solving the mystery while it remains equally as enjoyable just to go along for the ride. The reveal of the culprit and final scene is among Stout's best.

I readily recommend the works of Stout to anyone within earshot and this one is no exception. Plot It Yourself is a worthy addition to the series that can be read and re-read by fans of mystery or just plain old good writing.

This is one of my favorite Nero Wolfe books. The food in it is only so-so, but the story, where (SPOILER ALERT) an author is the villain, and everyone in it is an author or a publisher, and all the clues are literary, is irresistible to me. Wolfe pulls a mutiny early on, then he gets over it. The killer keeps staying ahead of him to the point where he's roaring.

I always say a good series is not about whodunit but about the relationships of the main continuing characters. The question in these books is, What is Wolfe eating? How is he getting on Archie's last nerve? How is Archie going to get him back, and who will have the last word? The relationships between these two and Fritz the cook and Theodore the orchid guy stir the pot. I don't think you can call the Wolfe/Goodwin duo "slash" but (ew, I just had a visual on that, need mental floss stat!) BUT their "marriage" is pretty wonderful. If I look at them as a loose, asexual menage of four rigidly homosocial men--meaning not gay at all, but preferring the company of other men--it works, and I can overlook Archie's exuberant male chauvinism.

I definitely give it a five.