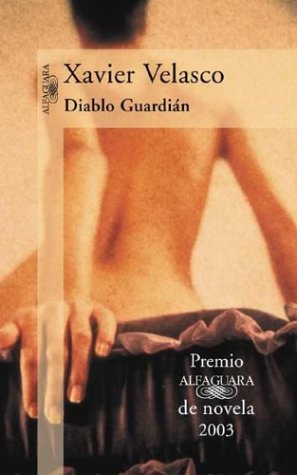 More than anything this is a coming of age story told with unflinching realism. Violetta, a 15 year old girl who wants no part of her parents' plans for her in Mexico, steals a large sum of money and flees to the US to live out her dreams of the good life in New York. But money has a way of running out and she finds out the hard way that survival for a young, unskilled, immigrant girl comes at a price.

The journey from her initial naivete, her realization of her sexual power, her descent into prostitution and drugs, her cunning and ability to manipulate and the dangerous men she attracts are told without judgement and in such a way that I felt each new realization this character experienced.

Violetta isn't the most likeable character, nor is she painted out to be the victim, which I liked. The last half of the book is suspenseful and the ending haunted me a bit both because of what happens and because Xavier Velasco does such a good job of creating that feeling of innocence lost.

My favorite quote "I feel dark and luminous, provincial and newyorkish, raped and raper; i have a motor inside and I feel like using it and smash against a wall."

Normal girl with a crazy family who want to be blonde and dye their kids' hair blonde from a very young age. Her mom is a thief and she steals money from her mom to run away to NYC. She lives in Mexico City and at 15yrs old she's her parents' maid. She manages to steal one hundred thousand dollars from her parents and cross the border illegaly into the US. I'm not too far in, but it also tells the story of Pig who is her Diablo Guardian... I'm not sure how that ends up happening. Her story is definitely more interesting than his. She's brave and insane.

Did I like it? Not really. But it's been almost 8 years since I read it, and it still haunts me.

I found this a curate’s egg of a novel. In places I wanted to rate it 2 stars, elsewhere, 5.

It is fascinating in its ambition, intriguing in its portrait of the seedier milieus of New York, Las Vegas, Mexico City, successful in its depiction of the deeply flawed, in many ways unlikeable central character. It also provides insight into the tangled, anxious relationship of Mexicans with their neighbour to the north, particular in terms of cultural and linguistic penetration.

Yet at the same time I found it frustratingly self-indulgent, overlong and saggy, especially in its central sections. There are pages and pages of the heroine’s first-person ruminations that are vague, repetitive and not especially interesting. In these passages, I found myself constantly checking the ‘percentage read’ slowly tick up on my e-reader: not a good sign. A hundred pages shorter, I felt at times, and it could have been a masterpiece.

The central character is Rosalba, or Violetta as she calls herself. As a delinquent middle-class teenager in Mexico City she exposes herself to the gardener’s son to feel her own power and, at 15, steals a large sum of money that her dire parents have embezzled. With the cash she runs away to New York. Much of the book takes the form of a tape recording she has made for the benefit of her admirer, Pig, a disgruntled loner and failed novelist working in the same advertising agency as her. In her taped memoir, Rosalba/Violetta recounts her avid pursuit of material possessions, partying and cocaine, and her unabashed descent into prostitution with transient ‘mariditos’ – little husbands – to fund her lifestyle. In New York she falls under the control of a sinister, manipulative character, Rudolfo. Even after she returns to Mexico City, he manages to pursue her, track her down, and continue to dominate and blackmail her until there seems no way out. In the final quarter of the book that describes these events and her burgeoning relationship with Pig, the narrative picks up pace and dynamism again after the doldrums of the middle sections.

Perhaps the novel’s greatest achievement is to make the self-centred, often cruel and unapologetically materialistic heroine a compelling character whose fate intrigues us to the end.

529 pages long and I remember reading it in a weekend. I haven't read any other Xavier Velasco books but this one turned out to be an excellent read. He might not be the most talented writer in Mexican literature right now, nor his style is very polished, it's even a bit amateurish, nevertheless the writting is intelligent, inventive and humorously acidic.

The plot and characters might not appear to be nothing new, they even sound trite and worn out at first sight: Violetta once a middle class ambitious teenager decides to steal her parents and flee to the US, from where her life becomesa spiral of broken dreams and addictions, having to "work the hotels and casinos" for a living, mingling with a good dose of undesirables; PIG on the other hand is a self centered, introspective, introverted and a bit egotistical frustrated writer. On the onset this might not see like lot of a plot or interesting enough story, but the agile and energetic narrative of Velasco delivers us a book full of irreverent situations, bits and pieces of different stories intertwined in different tenses, packed with a ot of intelligent and humorous aphorisms, sarcasms and references to pop culture and music here and there. Very enjoyable.

One of my favorites books in spanish, this is the story of a Young lady who travel to USA to run away from her parents, she made call herself Violeta (Violet) and found a long and hard way to the happiness.

One of her clients guides she to a complicated life and she has to run away again, when she back to Mexico get in touch again with "Pig" her Diablo Guardian (Guardian Demon).

With a final really complicated this is a novel that you can read in less than one week, please enjoy the book and practice the new language.

I knew from the very description of the book that I wasn't going to like Violetta. Although I should say that there were parts when she amused me.

Favorite character: None, I don't have a favorite here.

Least favorite character: Nefas, he was the worst.

Favorite part: I don't know, maybe her escape from her family's house.

Least favorite part: I didn't like much Pig's chapters but I definitely disliked chapter 19 above all the others, I almost skipped it.

In the end, there were a couple of times I was rooting for Violetta and I found a few phrases I liked so, it's an okay book.

Bipolar-femenine-mexican perspective about living New York's life, with some references to our vision about the world. A great introduction for a contemporary mexican literature.