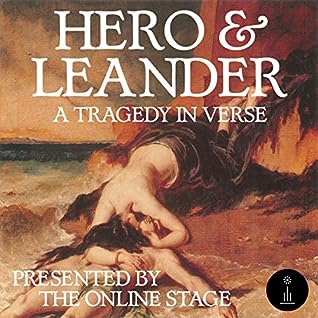 Hero and Leander: A Tragedy in Verse

This is a compendium of eight poems on the loving pair of legend: Hero and Leander, featuring works by Marlowe, Tennyson, Landon, Schiller, and others.

Hero and Leander is a Greek myth concerning the tragic story of two lovers. One was a priestess of Aphrodite who lived in a tower in Sestos, and the other young man from Abydos on the opposite side of the strait. Leander fel This is a compendium of eight poems on the loving pair of legend: Hero and Leander, featuring works by Marlowe, Tennyson, Landon, Schiller, and others.

Hero and Leander is a Greek myth concerning the tragic story of two lovers. One was a priestess of Aphrodite who lived in a tower in Sestos, and the other young man from Abydos on the opposite side of the strait. Leander fell in love with Hero and would swim every night across the Hellespont to spend time with her, with Hero's lamp at the top of her tower as his guiding light, and they shared a warm summer of love.

However, one stormy winter night, Hero's light was blown out and Leander was drowned by the rolling waves. Upon seeing his dead body, Hero threw herself over the edge of the tower to be united with him in death.

My favourite thing about this poem is the bit when you realise that Hero is wearing a floofy pink dress and Leander is basically naked.

It may just be the gayest thing ever.

The poem as a whole and also that bit specifically.

This poem appears to be a distant ancestor of all those horror films where teen couples die horribly as a consequence of sneaking off to have illicit pre-marital sex. Our cultural obsession with virginity as a symbol of moral purity and an only marginally more subtle form of Patriarchal reduction of the female to property never ceases to amaze me. Yep, it's weaker in the West, now, than it has been historically, but it's still present in some quarters, as evidenced by those same horror movies, and there are many countries where it's still a Really Big Thing that you have to be a virgin on your wedding night. Maybe one day the Middle Ages will come to a close? Don't hold your breathe, though.

Marlowe either abandoned this poem incomplete in favour of other projects or died whilst still actively working on it, I don't know which, but either way, he only wrote the first ~1/3 (or less, haven't actually counted the pages) and George Chapman took up the task of completing the story. Unfortunately, on this evidence, Chapman was not nearly as talented as Marlowe - which is more informative than it might seem at face value. See, Marlowe (and all the other Elizabethan-Jacobean playwrights and poets) exists under the enormous and deep shadow cast by Shakespeare, who went from an early career as Marlovian imitator to towering genius of dramatic-poetic expression. What Chapman shows, however, is that the better known contemporaries of Shakespeare, such as Marlowe, Jonson and Middleton were actually talented in their own right - they just had the misfortune to overlap with the best there's ever been by a remarkable stretch. In fact Shakespeare wrote a lot of plays and numerous of these less celebrated authors wrote works that were as good as or better than Shakespeare's weaker efforts. Chapman's mediocrity serves to illustrate that Marlowe was actually excellent - he just had a rival who permanently skewed the chart of dramatic-poetic genius.

It's a fun poem, especially at the beginning (Marlowe's bit) and the end (sudden turn to the Tragic), particularly if you like tales of gods and heroes and can swallow the ridiculous moral of the tale.

Boy meets girl, wooing occurs, persuasive arguments are made for breaking vows of chastity. This doesn't succeed at first, but the maiden Hero is secretly infatuated with Leander, he is allowed to try again. He swims to get to her room, Neptun tries to make a pass at our hero, but he evades his advances. Hero sees him coming and jumps in bed to hide.

The ending is the biggest cockblock I've read in quite some time. I wish Marlowe had had time to finish the poem.

This was an okay read. It was beautifully written and the story was quite okay. It was a nice romance and all but the fact that we don't know if this is the conclusive ending to their tale or whether there is supposed to be more makes me feel like I am reading something unfinished, and like I can't really place a certain judgment on the story yet. But it was a nice enough read and all. Not much else I have to say >.>

The while upon a hillock down he lay And sweetly on his pipe began to play, And with smooth speech her fancy to assay, Till in his twining arms he locked her fast And then he wooed with kisses; and at last, As shepherds do, her on the ground he laid And, tumbling in the grass, he often strayed Beyond the bounds of shame, in being bold To eye those parts which no eye should behold.

They offered him the deadly fatal knife That shears the slender threads of human life.

(Of virginity) Jewels being lost are found again, this never; 'Tis lost but once, and once lost, lost forever.

Maddeningly inconclusive, and, since no one can seem to agree on whether or not Marlowe finished it before he died, there's no way for the reader to place this inconclusivity into a larger framework. If we know he means it to be ambigious, then we can deal with that accordingly, but if we don't know what he intended, the reading's a pretty murky task.

For me, this epyllion exists in the same universe as the porcelain ars est celare artem universe of Bronzino. Extravagant; naughty as an antitype to Marcantonio Raimondi's I Modi; the stylish style (TS Eliot called it "pretty simple huffe‐snuffe bombast") - the Neptune episode felt like something out of Disney's Little Mermaid x Bronzino's sexy Portrait of Andrea Doria as Neptune. "Venus's nun" LOL.

if marlowe's gay ass can have an unfinished piece of work published and praised cause he got stabbed in the eye before he could finish it, why the fuck can't i, huh?

Also I really love this, Marlowe was a beautiful writer and the poetic imagery in this makes it a delight to read. Definitely one I'll use for my assessment!