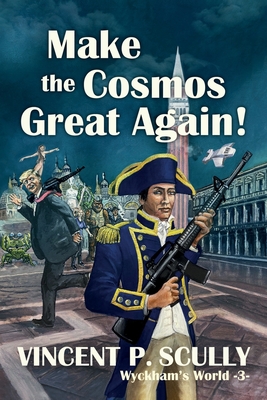 It's 2028. Eight years earlier, blond-haired Victor Triumph had lost the American Presidential election to actor Leonardo DiCarpaccio after it was discovered that Victor Triumph was actually Julio Rumpero, an illegal alien from Honduras. But claiming the election rigged, he broke up America into four new nations, with him as President of the southern states now called the It's 2028. Eight years earlier, blond-haired...

See All Quotes From "Make the Cosmos Great Again!"