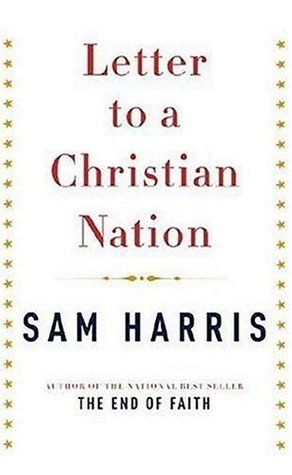 Letter to a Christian Nation

Quotes From "Letter to a Christian Nation"

"The president of the United States has claimed, on more than one occasion, to be in dialogue with God. If he said that he was talking to God through his hairdryer, this would precipitate a national emergency. I fail to see how the addition of a hairdryer makes the claim more ridiculous or offensive."
585 likes
"In fact, "atheism" is a term that should not even exist. No one ever needs to identify himself as a "non-astrologer" or a "non-alchemist." We do not have words for people who doubt that Elvis is still alive or that aliens have traversed the galaxy only to molest ranchers and their cattle. Atheism is nothing more than the noises reasonable people make in the presence of unjustified religious beliefs."
484 likes
"I know of no society in human history that ever suffered because its people became too desirous of evidence in support of their core beliefs."
436 likes
"If you think that it would be impossible to improve upon the Ten Commandments as a statement of morality, you really owe it to yourself to read some other scriptures. Once again, we need look no further than the Jains: Mahavira, the Jain patriarch, surpassed the morality of the Bible with a single sentence: 'Do not injure, abuse, oppress, enslave, insult, torment, torture, or kill any creature or living being.' Imagine how different our world might be if the Bible contained this as its central precept. Christians have abused, oppressed, enslaved, insulted, tormented, tortured, and killed people in the name of God for centuries, on the basis of a theologically defensible reading of the Bible."
291 likes
"A three-day-old human embryo is a collection of 150 cells called a blastocyst. There are, for the sake of comparison, more than 100,000 cells in the brain of a fly. The human embryos that are destroyed in stem-cell research do not have brains, or even neurons. Consequently, there is no reason to believe they can suffer their destruction in any way at all. It is worth remembered, in this context, that when a person's brain has died, we currently deem it acceptable to harvest his organs (provided he has donated them for this purpose) and bury him in the ground. If it is acceptable to treat a person whose brain has died as something less than a human being, it should be acceptable to treat a blastocyst as such. If you are concerned about suffering in this universe, killing a fly should present you with greater moral difficulties than killing a human blastocyst.

Perhaps you think that the crucial difference between a fly and a human blastocyst is to be found in the latter's potential to become a fully developed human being. But almost every cell in your body is a potential human being, given our recent advances in genetic engineering. Every time you scratch your nose, you have committed a Holocaust of potential human beings."
209 likes
"It is time that we admitted that faith is nothing more than the license religious people give one another to keep believing when reasons fail."
157 likes
"Atheism is not a philosophy; it is not even a view of the world; it is simply an admission of the obvious. In fact, 'atheism' is a term that should not even exist. No one needs to identify himself as a 'non-astrologer' or a 'non-alchemist.' We do not have words for people who doubt that Elvis is still alive or that aliens have traversed the galaxy only to molest ranchers and cattle. Atheism is nothing more than the noises reasonable people make in the presence of unjustified religious beliefs."
135 likes
"While believing strongly, without evidence, is considered a mark of madness or stupidity in any other area of our lives, faith in God still holds immense prestige in our society. Religion is the one area of our discourse where it is considered noble to pretend to be certain about things no human being could possibly be certain about. It is telling that this aura of nobility extends only to those faiths that still have many subscribers. Anyone caught worshipping Poseidon, even at sea, will be thought insane."
97 likes
See All Quotes From "Letter to a Christian Nation"