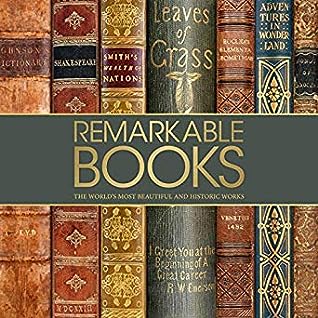 Remarkable Books: The World's Most Beautiful and Historic Works

Listen as Gordon Griffin narrates 'REMARKABLE BOOKS', telling you all about the most famous books of all time while marveling at the stories behind them. over 75 of the world's most celebrated, rare, and seminal books are examined and explained in this stunning audiobook.

'REMARKABLE BOOKS' is a unique encyclopedia spanning the history of the written word, from 3000 BCE to Listen as Gordon Griffin narrates 'REMARKABLE BOOKS', telling you all about the most famous books of all time while marveling at the stories behind them. over 75 of the world's most celebrated, rare, and seminal books are examined and explained in this stunning audiobook.

'REMARKABLE BOOKS' is a unique encyclopedia spanning the history of the written word, from 3000 BCE to the modern-day. Chronological chapters show the evolution of human knowledge and the changing ways in which books are made. Discover incredible coverage of history's most influential books including the 'Mahabharata', 'Shakespeare's First Folio'. 'The Diary of Anne Frank', and Penguin's first ever paperbacks.

From Darwin's groundbreaking 'On the Origin of Species' to Louis Braille's conception of the Braille system that we still use today. These are world-famous books that have had the biggest impact on history.

Every book is presented with fascinating biographies of those who created them. 'REMARKABLE BOOKS' gathers dictionaries, diaries, plays, poems, treaties, and religious texts into one stunning celebration of the undisputed power of books.

greg got me this book! thanks, greg! i haven't read it all the way through yet, but i DID include it on a riffle list i made:

This book is a sumptuous book to hold and read - from is over sized format to the embossed cover it is amazing.

The book itself pretty much is exactly what the title is - its a historical trip through the book that changed the world (and I guess in the process history as well). Now I will stress the book is an intriguing mix of modern and old.

Let me explain - the book focuses of real books as in those that have survived to this day rather than books that have references of assumptions connected to them - so if you like here we have a list of titles that physically are in existence today (for example no references to lost tomes).

However the entries then go on to explain the impact of that book at the time it was released - from the effects of the printing press with the Gutenberg Bible to Lady Chatterley's lover and the arguments over censorship.

The book is broken down in to historical eras focusing on those books from that time, as a result some of the entries are only a paragraph while others are several pages.

This is a book to browsed (in my opinion) in that there is so much to take in from the amazing illuminated pages to the historical impact the book had (which is many cases is far further than I realised).

If you love books and want to learn more about then then this book is a perfect for you - and I must admit it held many surprises for me - from recognising images from the books, which I didnt realise or finding out titles that I thought I knew about were in fact published far earlier than I thought.

It felt like every page I turned there was something new for me to learn - just goes to show how little we really know.

Visually beautiful big book by DK, one of my favourite imprints along with Taschen. Engagingly written with lots of detail and enough history to keep it interesting without getting dry. Wonderfully illustrated. Inevitably it includes books I haven't got round to reading yet so they've been added to the list - like I need a longer reading queue!

In general, I really enjoyed the scope and subject of this book. To its credit, it is filled with numerous illustrations of beautiful and rare books that I will never see in person. I must point out however that the text is very poorly edited--sort of ironic for a book glorifying the history of books. Throughout there are missing words which is irksome enough in itself, but worse, there are also mistakes with factual information. Miguel de Cervantes did not die in 1606; the I Ching and the Tao Te Ching are not the same book; the Roman Empire is not the same as the Holy Roman Empire; and Karl Marx wasn't writing in the 1700s. It's hard to not have reservations about a nonfiction work with questionable scholarly merit. Basically, if you just want a bunch of great illustrations, then check this out. If you want reliable, well-researched information, check out something else. (I found the Smithsonian Book of Books to be pretty strong in this regard.)

This is a beautiful book for those who love books and literature generally. It's a pictorial history of books, the most important books in terms of content or new methods of manufacture. It's a comprehensive span, beginning with ancient times (e.g., the Dead Sea Scrolls) and ending with the present day, historic periods divided in chapters. The most prominently-displayed books get a two- to four-page spread, with splendid reproductions, as well as inset commentary on each book and its method of style and production, particularly with an eye to the hand-inscribed and -illustrated manuscripts. It's helpful to read about Sun Tzu's Art of War, for instance, not just its importance in content and historical setting, but also to see how its first editions were written on bamboo slips, bound with silk cord.

The choice of books displayed is sometimes surprising; we see the King James Bible but also children's books like Peter Rabbit or The Little Prince, or genres like the first 10 paperbacks by Penguin Press, as well as noteworthy and important modern books like Rachel Carson's Silent Spring and Mao's little red book.

There's also a Directory section in back of each chapter, references to important books of that period that didn't get its visual display. So it is that works as important as Palladio's Four Books on Architecture, or Gibbon's Decline and Fall of the Roman Empire, might get only a few column inches. It's worth an armchair discussion as to which books should have had more prominent display, but at least there's a wider mention of great books and important literature from each time period.

In all, a beautiful book for those who love books, a nice coffee-table or gift book as well, but well worth a place in any good collection. Highest recommendation.

As a book lover, it is interesting to analyze the evolution of books. From being scarce and handwritten religious texts, to braille, maps, tourist guides, Music writing, and encyclopedias. Another aspect of enjoying the book was to see the familiar titles with their first edition illustrations and explanations.
From the book of the dead of Egyptians, the Mahabharata, the Little Prince, The art of war, The Blue Quar'an, Kamasutra, Gutenberg Bible, Dante's Divine Comedy, Don Quixote, Leonardo's Journal, Plays of William Shakespeare, Handbook of Galileo, Alice in Wonderland, Das Kapital, works of Geoffery Chaucer, Vigil, Charles Dickens, Charles Darwin's Origin of Species, Alice in Wonderland, the diary of Anne Frank, The wonderful land of Oz, The tale of Peter Rabbit, The fairy tales of Brothers Grimm, Einstein's Theory of Relativity, the story of Art, Penguin's First 10 paper back books, a brief history of time by Stephen Hawking, to finally Harry Potter. (I open at the Close :)) 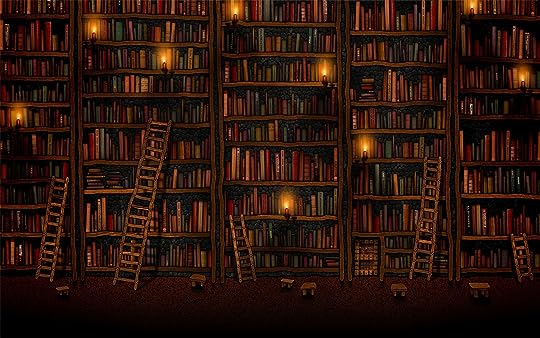 Have you ever bought a book because you thought the cover beautiful? I have, and, in general, I don't recommend it. You can wind up with some gorgeous duds. However, you can enjoy beautiful exteriors and interiors in Dorling/Kinserley's new book. "Remarkable Books". The coffee-table book (by the way, have you ever seen a coffee-table books on...coffee-tables? I thought not...)

"Remarkable Books" is too big to sit down with and read all at once. However, it's a wonderful book to start at the beginning - 3000BCE - and goes on through the ages to modern times. From hand-drawn to printed pages, all with details common to DK's publications. This would be a good gift for a book lover, or as a gift to yourself.

This book is so interesting and beautifully put together but it can be a bit repetitive reading cover to cover. It’s great as a reference book to flick through and keep diving into, so I’ll read the remaining sections another time. Also I’m surprised by some omissions. I was expecting to see more of the Ancient writers, for example! Still, I’m learning about a lot of texts from different fields.

A beautiful book. However I was quite disappointed that there werent any contemporary texts. So, what would have been a five star rating has been reduced to a three star rating.

Very interesting, academic read. I really liked the detail the book provided on the original printings of each book: vellum vs parchment, size of book, or how the visual artwork was created. Some very fascinating information about the development of printed books as an art form. A better title would be “Printed Books That Changed History.”