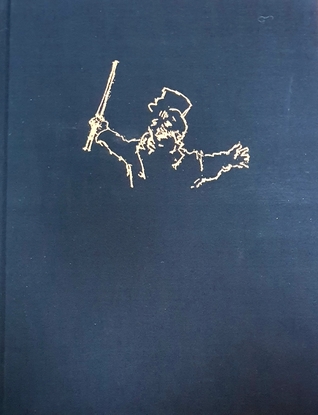 First performed in Berlin 1928 this play had been initially received poorly, but went on to great success, by 1933, when Brecht was forced to leave Germany by the Nazi seizure of power, the play had been translated into 18 languages and performed more than 10,000 times on European stages, quite an accomplishment. The play offers a socialist view of Capitalism and takes place in London centering on one Jonathan Peachum who happens to be the boss of beggars. With the help of his wife he enrolls a new beggar, but soon after, his daughter Polly does not come from the previous night, leading a run in with gangs and the law.
As this was a play, reading was never going to match the real thing, especially as it contains music, but with a little imagination it's not hard to think what it would have been like up on stage, even whilst early Nazism looked on with evil eyes, and the fact Brecht used his plays to express his outrage and opposition to the National Socialist and Fascist movements, shows he was an important voice for those being oppressed.

With the "Threepenny Opera", Brecht unintentionally undermined his own poetic concept of the "epic theater" by having Kurt Weill compose some of the most stirring songs ever written in German. Brecht's theatrical concept was to turn away from illusion and immersion and to confront audiences with political realities and then discuss them dialectically in the course of the play - i.e., he wanted his audience to leave the theatre not entranced, but full of new awareness.

So while the texts of the "Threepenny Opera" are clearly written with this goal in mind, the reason why it became and has stayed so immensely popular is the accessible and rousing music - the combination of societal criticism and musical extravaganza was fresh and exciting when the musical drama (it's not really an opera) was first staged in Berlin in 1928.

While the story itself takes place in Victorian England (it was modeled after John Gay's The Beggar's Opera), Brecht citicizes his contemporary society in the Weimar Republic. The texts discuss the hybris of the bourgeoisie and how crime is a systemic problem in which the rich and the poor are entangled, but for different reasons. The story stars iconic characters like Mack the Knife (Mackie Messer), Low-Dive Jenny (Spelunken-Jenny) and Jonathan Jeremiah Peachum, the king of the beggars. I am generally critical of Brecht's heightened pedagocical impetus because it is sometimes short of condescension, and the aforementioned poetic concept also tends to lead to the creation of two-dimensional characters for the sake of argument, so honestly, I don't think it's a particularly well-crafted story, but the music counterbalances and elevates it to a degree that turns it into a must-hear.

And to be fair to old Berti, there are also some good punchlines: Every German knows the saying "Erst kommt das Fressen, dann kommt die Moral" ("First comes the feeding, then morality") which means that it is easy for the well-situated to condemn the wrongdoings of the hungry and the desperate ("You gentlemen who tell us/ how to live properly,/ and how to avoid all sins and wrongdoings:/ First you must give us food,/ then we can talk./ (...) First comes the feeding, then morality." - sorry for the clumsy translation).

So do yourself a favor: Don't read this, listen to it or, even better, watch it live. Here are some links to the most popular songs:

Or is it only those who have the money who can enter the land of milk and honey?

There were stirrings when I read in David Simon's Homicide about the West Baltimore murders which didn't merit a line in the newspaper. Homo Sacer, Agamben

Perhaps a phrase in the Sebald poem offered a subtle nudge to this reluctant reader. Perhaps it was an image of Ho Chi Minh in Fredrik Logevall's seminal Embers of War-- the thin, proud leader speaking to a congress of the French Communist Party, all of them white, bloated and indifferent?

All those flickering images from Pabst's film--it is a shock that I didn't reach for this play before. The 18C play of John Gray is drenched in Brecht's mordant wit adapted, embellished and reborn with grim musings on sexuality and patriotism, emerging strident and timeless.

As a hardcore boho 'Beat' kid, I was raised with the soundtrack of Kurt Weil/Bertolt Brecht's "Threepenny Opera." In fact, Lotte Lenya was probably the first singing voice I heard after my Mom - who used to sing to me when I was a little child.

Many years later I read the play/musical and was taken back at its cynical look in how society works. It's an amazing piece of theater and the music is and will always be superb.

2/10. I understand that this is one of the Great Masters of Theatre. I learned in class that Brecht made a tremendous impact on theatre and started his own theatrical tradition. I also learned that the whole signs-device and didactical bits were very novel in his time. But it really, really disappointed all of my expectations. I even saw it live and it definitely was a flop. It did not deliver on any of the promised scandal or excitement. The musical pieces were random and did not add much. The characters were all unlikeable and the plot rather boring. It's like an inferior version of Oliver Twist, and that is pretty much all I have to say about it.

English translation of a German play about bourgeois criminals, entertaining hybrids, middle management dressed in gutter rags. It was originally put on just before WWII in a Berlin dancing decadently on the edge of the abyss, and is in some ways apt for the current (Jan 2009) bankrupt America I live in today. I sincerely hope our current decline is not as brutal, nor our fall nearly as hard. Perhaps there is a prayer in reservation, some old medicine that might ward off the approaching reckoning.

The merging of the criminal with the middle class in the characters presents in interesting tension. The criminal order is like the Old Testament substrate upon which Jesus erected his Good News. Jealous, murderous Jehovah of the desert learns table manners and how to run a sound business, makes only necessary sacrifices.

In reality the poor are never truly Christian; 'poor' American evangelicals live on the sunny side of global poverty. Even at Christianity's start, in Rome, there were countless poor people living in abject poverty. The Christians of the time has little (spiritual) intercourse with them and were poor only in comparison to the grand aristocrats of their society. Does love exist without food, without shelter? Does love exist except on the backs of the less-fortunate? There is no angel that has not set foot in the abattoir, no good independent of the grist of pain. We await the messenger, and our deliverance.

I was pleasantly surprised to catch echoes of François Villon in the text. He is my favorite priest-killing poet.

I saw this, in Berlin I think, and I remember pieces from class, but I'm not sure I ever sat down and read it before.

I have to say that this is one of the greatest things I have ever read. It is a play that is a fantastic reflection on the gutterly people that inhabit every city, and it shows a compassionate, entertaining reflection of them that criticizes the bourgeois and those in power. I think it also correctly showcases the true monster that is the human man. I think that, no matter what the man we are talking about, we all have the spirits of Mackie and Peachum buried somewhere in our hearts. This is a dazzling play that I have decided I totally want to be a part of... Having read it before I have seen it is an interesting experience, and the next step is to watch the videos I just found on YouTube of a Northweatern University performance that looks really great...

In hindsight, I am angry that I missed the Cummings/Lauper performances from a couple of years ago. This is almost a new favorite play, or at least in the top 5...

Take the first chance you can to attend a performance of this fabulous operetta with words by Bertolt Brecht and music by Kurt Weil. It is one of the greatest works written for the stage in the twentieth century. Performers of even the most modest talent always seem able to rise to the occasion and delight the audiences.

My mother who saw the great Jerry Orbach perform in it in 1955 during its intial Broadway run was still talking about it fifty years afterwards. For my part I like to tell people how much fun I had seeing L'opera de quatre sous au Grand Theatre de Quebec in 1982. My dentist likes to tell me that she played Polly Peacham in Mandarin while a student in Hong Kong.

Don't bother reading this thing unless it is on a course you are taking. The text is nothing without Weill's music. If you are the member of an amateur theatre company suggest reviving it next season, the next time your troupe meets.

When I read this I was already familiar with both Kurt Weill's music and the original Gay's Beggars' Opera that was inspiration for Brecht. The street life with characters like MacHeath and Jenny comes alive in Brecht's drama. Weimar culture was home to many artists who challenge both tradition and the conventional view of life. Inspired by their imagination and the political-economic upheaval that was taking place in this era artists like Brecht and Weill were changing the nature of theater and the music hall. The era was all too short as the rise of the Nazi's and their devastating impact on culture would change the artistic world along with much else. This was part of my reading for a course focusing on the "Degenerate Art" of Nazi Germany.