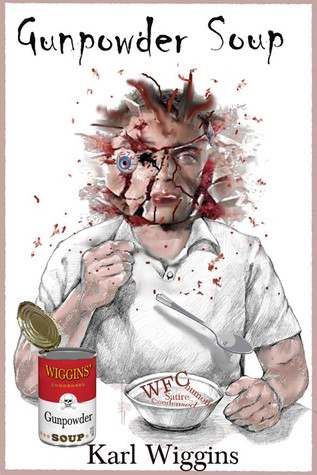 "I last visited White Hart Lane in early February 2016, and as I took my seat, after a few pints in the (TV-less) concourse, in the upper tier of the South-West corner I couldn’t help but notice the tumbleweed rolling around the ground. The stony silence from areas of the ground where I would normally expect the home fans to be sitting was deafening, and the whole ground was reminiscent of a ghost town.
Whenever the magnificent Watford support ceased singing for a brief second or two I could hear the hollow, dry wind, and I found the desolate, dry and humourless atmosphere all rather eerie.
But here’s the weird thing. If I squinted my eyes it almost appeared as if 36,000 people were sitting in seats around the ground, and the only conclusion I could draw was that it just one guy and that it was all done with mirrors."
4 likes
"Arsenal fans are without a doubt the dullest supporters to have visited here for a long time.
They’ve only got one chant, 'Ars-suh-nul! Ars-suh-nul! Ars-suh-nul' and that was it. But for most of the game they were incapable of even managing that"
4 likes
"Millwall fans are an earthy bunch, and there’s nothing wrong with that, but many of them lack social graces, and the demographics are far removed from architect’s impressions of the New Den, which is a superb ground.
It must be said, however, that their chant of, “Meerrrr!” sounds more like a flock of lambs being led to the slaughter. I don’t wish to disillusion the Millwall faithful, for they may feel that the “Meerrrr!” chant makes them sound tough ….. but it doesn’t.
Trust me, from the East Upper Stand it sounds more like a bleat than a roar.
When we got to London Bridge – still considered to be part of the Millwall Manor – I observed a man in his late thirties (old enough to know better) give the “Meerrrrr!” bleat, and it had a strange effect on him, for he immediately started to swagger. His knees pushed out to the side, he rolled his shoulders and his face lit up with an unpleasant smirk, as if to say, “Did you see me? I said Meerrrr!"
3 likes
"Why should we pay a percentage of the bill in a restaurant as a tip? If I order a beefburger for £12 and you order a steak for £38 does it require any extra effort on behalf of the waiter to bring your steak from the kitchen than it does to carry my beefburger? No, and yet at 12.5% you’ll pay £4.75 tip while I’ll only be expected to pay £1.50. For the same amount of work. And the same holds true if you order a more expensive bottle of wine than me"
3 likes
"People in the service industry work for low wages and tips help to boost that income, and I have absolutely no issue with that. But it should be what you feel is reasonable, not a percentage of the amount of food you can stuff in your face.
But why do we tip some people and not others? It seems we’re expected to tip waitresses, cab drivers, barbers and yet not midwives or nurses. We tip a waitress for bringing us a meal, yet we don’t tip a barman for serving us a pint. Okay, we might occasionally say, '… And one for yourself,' to the barman but even that’s mostly dying out nowadays"
3 likes
"There is nothing quite like the drama and suspense of a penalty shootout. The player tasked with taking the penalty can thunder the ball home or smash it against the crossbar, or even sky it completely over the bar. Nothing will bring housewives out of the kitchen or shush the pub into complete silence quite like the theatre of the penalty shootout, no matter who’s playing. No one can be apathetic about the penalty shootout
It’s as if for just those few seconds a player’s soul is laid bare for the entire world to see. The camera pans in and we can clearly see the hesitancy and heroics, the expectation and exultation, the self-doubt or self-glorification, the uncertainty and relief ….. or disappointment.
Nothing matches the thrill!"
3 likes
"During the match I received a text from a mate of mine, Joe (West Ham), saying 'I hope you thrash ‘em.' I replied that their fans were abysmal, and he answered, 'They always are, mate. Even when you go to The Emirates there’s no atmosphere.' And that just about sums it up really. God, I would hate to support Arsenal"
3 likes
"West Ham's mascot is a hammer, with a big hammer head, and he goes by the name of Hammerhead.
A hammer, of course, is a tool that delivers a blow with sudden impact and the heads are genuinely made of steel. The origin of a hammer as a mascot possibly stems from East London’s proud shipbuilding history and West Ham’s start in life as Thames Ironworks F.C. in the late 19th century.
So a mascot dressed as a hammer is a rather imposing figure, and true to form Hammerhead never deviates from the role he his playing.
He’s as broad-shouldered as he is tall, strutting around the ground with a real geezer walk and I couldn’t help but applaud the East London sense of humour. Hammerhead sets the scene for 90-minutes of banter, and I for one loved it!"
3 likes
See All Quotes From "Gunpowder Soup"