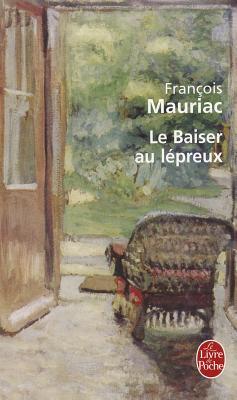 Early Mauriac so his style is still developing, but you can still see what he is getting at, which is what makes it powerful and heart-rending. Read in one sleepless night. Well, it did not take the whole night as it is more of a novella, than a full novel. It might have kept me awake even if I was not already. Left me hungry for his later, better works.

Young girl married to a physically repulsive but wealthy hobbledehoy to shore up the family finances, can barely stand to be near him. The ensuing marriage and how it changes the young pair is the gist of the story.

I loved that Hopkins was the one who translated it into English. Knew that it was in good hands!

I can accept, even admire belief, when it is accompanied by a sense of struggle and a dose of doubt. A French Catholic intellectual tradition, stretching from Pascal on down to writers like Mauriac and Bernanos, has precisely this spirit. For example, Mauriac, in this novel, struggles with Christian imagery and teaching that can be disturbing: the challenge to love, really love, the unlovable and, moreover, to recognize and somehow surmount our own ugliness before God. Mauriac also confronts here Nietzsche's onslaught on Christianity's valorization of pity and weakness, found most powerfully in "The Anti-Christ." The task he sets for himself might be more than can be successfully tackled in this small novel, especially since a last chapter, which could almost constitute an independent short story, raises other questions, specifically the ambiguous feelings a caretaker, however saintly and devoted, can feel for an exceedingly difficult patient, a theme that almost seems to take the last section of the novel, at least so I thought, in a new direction. Still, any reader who likes the taste of belief well salted, rather than over sweetened as it so often is, might profitably turn to this novel. Oh yes, a note for non-native readers of French: I found the French difficult and turned in several cases to an English translation. Part of the problem was Mauriac's somewhat unusual syntax, discussed in some detail in the introduction to my volume, but the vocabulary, too, was sometimes a bit of a stretch for me (and indeed for the dictionary I normally uses!)

I actually read this in the English translation, translated as "A Kiss for a Leper." The basic story is of a deformed rich man who is given a beautiful young wife. This wife is repulsed by his body, and they never consummate the marriage. That's it. The psychological depth Mauriac gives to the characters is quite amazing. He's a bit like Doestoevsky in that the character's voices (although it's inner dialogue) become the narrative engine, and a bit like Tolstoy in that the Landes of Bourdeaux become something of a character by mere description. I really like Mauriac.

Novel about an arranged marriage. The focus lies on atmosphere, written in vigorous prose. I read this in French, and I must confess that for once, it went a bit over my head, and so, didn't resonate. It remembered me of La Porte étroite by Gide.

One of Mauriac's earlier works, this short novella already betrays the author's penchant for deft, incisive characterizations, pastoral scenery, and unflinching depictions of psychic and spiritual torment. It is the story of a horribly unhappy arranged marriage between a rich but desperately ugly young man, and a beautiful but naive and simple young woman. With his singular human insight, Mauriac penetrates through the morass of their loathing and self-recrimination to touch at the deep spiritual ties that bind them together in spite of it all.

Intriguing plot (though it’s only possible in some earlier ages, if then). As for the character of Jean P. (cross between Thomas Mann’s Herr Friedmann and Dalibor Cvitan’s Ervin), level of spinelessness is too damn high. The character of Neomi is too sloped towards the ideal and it’s (sadly) making her quite unrealistic .

The writing, so flowing, at times deep and thoughtful, moves the story right down the path you know it's going to go. I loved how the story came almost like full circle in the end. In it's simplicity the story was beautiful, but lacked too much in descriptions of the time period and maybe the characters lacked in very strong emotions, yeah, I think it was overall a little lackluster.

Well written, but yes, it would have maybe had more meaning during the era in which it came out. This was more of a long short story. This is the second book by Francois Mauriac and I do like the way he writes so will look for a novel of his to tackle next.

austere arranged marriage that would be of last century. well written and feelings of paintings more than literature.