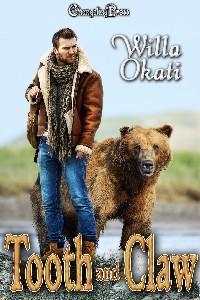 Lewis, Alpha master of the Wasp Lake wolf pack, knows that finding his mate should be a joyous event. But former army ranger Jacobi isn't an Omega. Or even a wolf. He's a grizzly bear shifter, and Alpha to the bone.Falling for an outsider is risky, especially given Lewis's secret. He yearns to be an Omega, not an Alpha, and has never met anyone willing to accept the man he Lewis, Alpha master of the Wasp Lake...

See All Quotes From "Tooth and Claw (Omega Wolves #5)"