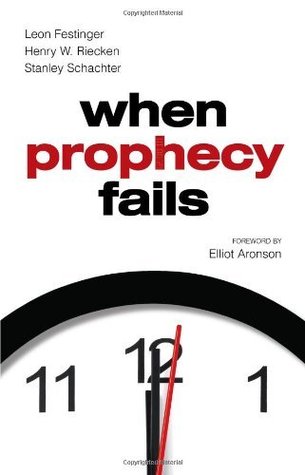 In 1954 Leon Festinger, a brilliant young experimental social psychologist in the process of outlining a new theory of human behavior - the theory of cognitive dissonance - and his colleagues infiltrated a cult who believed the end of the world was only months away. How would these people feel when their prophecy remained unfulfilled? Would they admit the error of their pr In 1954 Leon Festinger, a brilliant young...

Quotes From "When Prophecy Fails"

See All Quotes From "When Prophecy Fails"