Home › Authors › Desmond Tutu › The Book of Forgiving: The Fou... 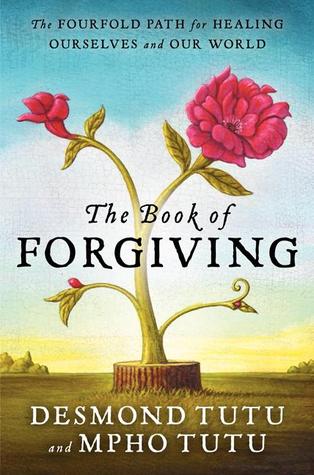 The Book of Forgiving: The Fourfold Path for Healing Ourselves and Our World

Archbishop Desmond Tutu, Nobel Peace Prize winner, Chair of The Elders, and Chair of South Africa’s Truth and Reconciliation Commission, along with his daughter, the Reverend Mpho Tutu, offer a manual on the art of forgiveness—helping us to realize that we are all capable of healing and transformation.

Tutu's role as the Chair of the Truth and Reconciliation Commission taught him much about forgiveness. If you asked anyone what they thought was going to happen to South Africa after apartheid, almost universally it was predicted that the country would be devastated by a comprehensive bloodbath. Yet, instead of revenge and retribution, this new nation chose to tread the difficult path of confession, forgiveness, and reconciliation.

Each of us has a deep need to forgive and to be forgiven. After much reflection on the process of forgiveness, Tutu has seen that there are four important steps to healing: Admitting the wrong and acknowledging the harm; Telling one's story and witnessing the anguish; Asking for forgiveness and granting forgiveness; and renewing or releasing the relationship. Forgiveness is hard work. Sometimes it even feels like an impossible task. But it is only through walking this fourfold path that Tutu says we can free ourselves of the endless and unyielding cycle of pain and retribution. The Book of Forgiving is both a touchstone and a tool, offering Tutu's wise advice and showing the way to experience forgiveness. Ultimately, forgiving is the only means we have to heal ourselves and our aching world.

When I first started reading this I confess it was a hard read. So much pain at levels I have never experienced. It made me feel small and fragile to even think of whining about my own troubles when these people really know what it is to experience trauma.

Then I learned through the way Mpho and Desmond Tutu explained it that the un-forgivable in my own life was holding me back from being the person I know I can be. I look at these things differently and slowly have become lighter, and feel more ease.

I'm sold on not letting these things run my life any more. It's not easy, but I'm moving on. Thank you!

Note: I got the galleys of the book before publication as I am doing some work with a project called the Forgiveness Challenge.

Archbishop Desmond Tutu will be the first to tell you that forgiveness is not for sissies.

As the chairman of South Africa's Truth and Reconciliation Commission, he spearheaded the landmark effort to heal a country torn asunder by apartheid. A time and space were created to introduce perpetrator to victim - thieves to those they vandalized, torturers to those they injured, kidnappers to the kin of those they abducted, killers to the families of the slain - so that witness could be borne and questions answered; treachery confessed, suffering relayed. It was a chance not only to confront the agent of the evil befallen, but to locate the human being behind the sin and, through his humanity, hold him accountable. And if that's not the way you thought I was going to finish that sentence, you might want to pick up a copy of this book. Because it's not about letting people off the hook. It's about acknowledging the damage done, laying the outrage at the foot of the one who delivered it, and finding the means to get on with the rest of your life.

But let's bring this a little closer to home, because what is true of those who have suffered grievous loss and catastrophic injury is also true of those who have been broken in thoughtless, selfish, everyday ways. Harm is harm, and what sets the heart to bleeding or the soul to ache is as much in need of address as anything prosecutable in a court of law. There are wounds we own that have not closed; hurts we carry like luggage through the years that leave us stumbling beneath their weight. If you've ever been told, "You have to let this go," well, we both know you were talking to a well-intentioned idiot. If you could have let this go you would have let this go a long, long time ago. Turning away is hardly the answer. Turning toward, though. Whoa. That's an awful lot of pain.

You'd be hard-pressed to find a better guide through this particularly brutal morass than Archbishop Desmond Tutu. He's been there. He's done that.

Here's the guy with the compass.

A truly restorative book filled with fantastic spiritual exercises and examples. This is not an entertaining read, it is work. Not the prose, but the subject matter. Yet, if you read it through you can't help but feel better and see the world differently.

Until I read this book, the idea of forgiveness was rather vague and obscure--something that as a Christian I knew I was "supposed" to do, but I really had no idea how to go about it. How did I know if I had truly forgiven? I always had the impression that I had forgiven when I was no longer angry. But how could I stop being angry? Well I guess I needed to do a better job at forgiving because if I was still having flashes of anger, clearly I had not "completely" forgiven.

Needless to say, the topic of forgiveness turned into a vicious cycle, with each round gaining a measure of guilt at each pass--forgiveness-> anger-> guilt.

This book finally broke that cycle. Based in scientific reasoning, it provides a clear four-step process for forgiveness. In my Christian upbringing, the steps of "Telling the Story" and "Naming the Hurt" were never identified. I always tried to jump from being hurt right to forgiveness, which is why I was never successful.

Not only has this book shed light on my personal struggle with the idea of forgiveness, but it has greatly informed my practice as a therapist working with victims who have suffered horrific personal tragedies. This book clarifies that forgiveness is not about the perpetrator, it's about the victim, and it's a critical step in the journey towards healing--one that I will now more consciously include in my therapeutic work.

Oprah described this as a "doctorate level education" in the concept of Forgiveness. With a capital F.

This book made me weep. Read it if you need to learn how to forgive, what forgiveness is, what it is not, and why it is absolutely mandatory if you want to live a life of love and connection.

Wow...this was so complicated and simple at the same time. Forgive to me was just a word, bandied around... all over the show, by bunches of well meaning do gooders, but now after Desmond Tutu its just so much more. A collection of stories from so many who displayed the utmost in forgiveness in unforgivable situations, it's these powerful displays of forgiveness, that has moved me, enriched me, taught me, calmed me
& to forgive is what we should all do, and now is a good time to start.

The best book on forgiveness that I have ever read. It took me four months to read it. It is one you have to digest slowly and purposefully. <3 I love that I started it in the fall when everything was dying and am finishing it as the hope of spring is right outside my door.

Important read. I started this book in the aftermath of the Paris terrorist attacks. I seek a world of forgiveness and peace. I believe no one is beyond the reach of forgiveness.

"Forgiveness is nothing less than the way we heal the world."

"There is also no end to the human capacity for healing. In each of us, there is an innate ability to create joy out of suffering, to find hope in the most hopeless of situations, and to heal any relationship in need of healing."

"Forgiveness is simply about understanding that every one of us is both inherently good and inherently flawed."

"Peace is built with every small and large act of forgiveness."

"It is this knowledge of my own frailty that helps me find my compassion, my empathy, my similarity, and my forgiveness for the frailty and cruelty of others."

"Growth happens through obstacles and only with resistance."

"There can be no reconciliation without responsibility."

"We feel shame in isolation. It can only be healed in a community and in connection with others."

"Self-forgiveness is truly at the core of peacemaking, and we cannot build peace with others if we are not at peace with ourselves."

Twenty years ago I had an experience that rocked my world in the most tragic way. It destroyed my sense of safety, my hope of a loving family, my ability to start my married life with joy & welcoming, & my ability to see myself truthfully as a good human...I was abused by family. It was so destructive that I couldn't even speak of it fully for about 15 years. I searched for knowledge about what to do & how to forgive. But every path ended without many answers. The truth was that our culture just didn't have the resources I needed to acknowledge my abuse to heal. After about 17 years, I finally found the beginning of information that was leading me to the knowledge I needed, which gave me the courage to write down my experiences. And after so much research & so much learning, I was finally led to this amazing, wonderfully healing resource: The Book of Forgiving. Two decades of imposed silence are finally being unraveled. I have finally found a way to acknowledge the harm I received at the hands of family. I now know I can tell my story, name my hurt, grant forgiveness (which is NOT what said family told me forgiveness was), & renew or release the relationships. I have a way to heal! For anyone needing to find a way to forgive, or to ask forgiveness of someone they have hurt, read this book. Start here. Know that you have a way to heal from your tragedies & abuses. You have the capacity to change & heal & forgive. And you can choose to start that journey with the fourfold path of forgiveness. I love this book! It will definitely be a resource I turn to time & time again as I make changes & advance in my ability to forgive.

I must express my gratitude to Desmond Tutu and Mpho Tutu for writing this book. It has opened my eyes, my heart, my mind to truly understanding forgiveness. It has inspired me to embrace this work and has bolstered my courage to move forward. At first I found it a bit difficult, as it uncovered some deep-seeded pain and trauma. But I am grateful to now have the warm, loving framework this book provides to walk the path of forgiveness.

I appreciate the book's holistic thoroughness - understanding what forgiveness is and is not, detailing the fourfold path of forgiveness, honoring when you aren't ready yet, needing and asking for forgiveness and (so important) forgiving yourself. The inspiring stories, meditations and exercises throughout facilitate a deep, comprehensive understanding of the difficult, challenging work of forgiveness.

I felt the love the authors genuinely feel for our shared humanity throughout the book. The encouragement and acceptance of wherever you are in your forgiveness journey is authentic. By the end of the book I felt as if I had been blessed to be held by two loving friends who genuinely wish to encourage and support, regardless of where I am on the fourfold path.