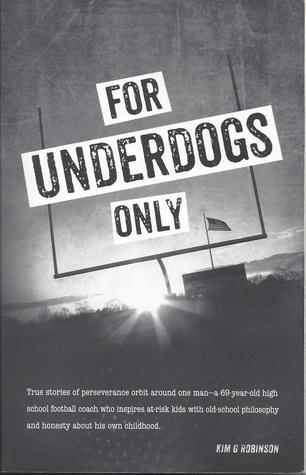 In 2008 six of Miller’s players hit the NFL—Sam Baker, Beau Bell, Chris Chester, DeShaun Foster, Matt McCoy, and Frostee Rucker. Three still play on Sundays. Players and wrestlers influenced by Miller, some now in their forties, talk candidly about following Miller’s philosophy, and the importance of passing it on.Miller learned tenacity from his dad, his mentors, and his In 2008 six of Miller’s players hit the...

Quotes From "For Underdogs Only"

See All Quotes From "For Underdogs Only"