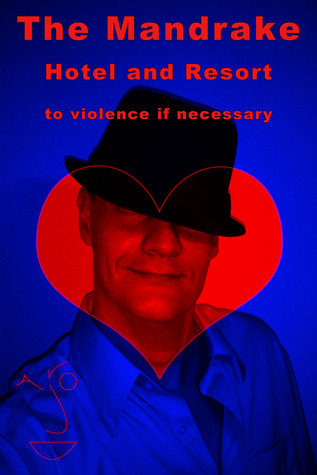 The Mandrake Hotel and Resort to violence if necessary

Right versus wrong, good versus evil, and peanut butter versus jelly—these are just a few of the many eternal struggles this book tackles.  But don’t worry, based on the NFL’s recent concussion scares, all this book’s characters were made to wear helmets before these hard-hitting issues were tackled.  Some central questions will be answered, like: Who is Dark Jar Tin Zoo, Right versus wrong, good versus evil,...

Quotes From "The Mandrake Hotel and Resort to violence if necessary"

"A sand trap is like a politician in its duality. It represents two opposing viewpoints. You see, it was designed to trap your ball. So it exists to have balls land in it. But it was also designed to be avoided. So it also exists to not have balls land in it. This is the beauty of golf. The game of golf is a Zen koan in action."
6 likes
"Love is a gift. Mine comes in a box that’s shaped like a coffin."
6 likes
"Fredrick gazed into the deep blue eyes of Jackson for a few seconds before answering. “I’d like the best room in the hotel.”

“We have hundreds of rooms here, and all of them are the best.”

“Ah, this is true. And this is false. What’s the best to you may be worst to someone else. Since every room here is completely different, each room is number one to someone, even if that same room is number two to someone else.” "
5 likes
"It’s like my grandpa always used to say, ‘A butter knife would make a deadlier weapon than a melting stick of butter.’”

“Your grandpa never said that.”

“No, but he should have. He was a damn fool not to have uttered those words.”

“My grandpa was a janitor, in the Great Depression. The greatest thing he ever said was, ‘Greg, I just Gregged all over your floor. Do you have a mop I can use to clean it up?’”

“What the shit kind of story is that? That story is bullshit. Greg doesn’t exist. Nobody knows nobody named Greg. It’s a unicorn name—it’s complete mythology.”

“What about Lou Greg, the baseball player?”

“Here’s a Lou for you. Greg Louganis.”

“Bah, Greg Louganis doesn’t exist. He was a myth created by the Soviets to push their divers to perfection. The Russians realized they couldn’t be the best until they deceived their divers into believing there was someone who was always better.”

“I’ve seen Greg Louganis, and he’s as real as you or me.”

“You’ve seen what they wanted you to see. They gave you a blindfold to wear and convinced you it would improve your eyesight.” "
4 likes
"The owner of The Mandrake Hotel and Resort is a man called Rot, a billionaire like Bill Gates, only nerdier.

Rot Kugelschreiber isn’t the name he was born with.

Most of the time he goes by Rot, but occasionally he reverts back to Dark Jar Tin Zoo."
4 likes
"Rot figured why be a little fish in a big pond, or a big fish in a little pond, when you could be a fisherman in a boat on any pond drinking beer and living life the way God intended.

Rot was deeply religious."
2 likes
"Ben had never seen another hotel quite like The Mandrake. The valets were all dressed like Roman Centurions, the Doorman was dressed like Caesar, and the bellmen all had dark blue business suits and Donald Trump wigs."
2 likes
"Dark Jar Tin Zoo’s face is sallow, his cheeks sunk in, and he looks like Edvard Munch’s “The Scream,” only less colorful."
2 likes
See All Quotes From "The Mandrake Hotel and Resort to violence if necessary"