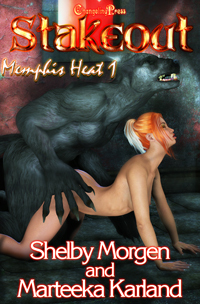 Memphis, Tennessee. One of the top ten poorest big cities in the U.S. Where there’s poverty, there’s crime. The Russian mob’s moving in. And where there are criminals, there are cops. Ours just happens to be a werewolf.Jarod took a bullet to the chest. But he didn’t die. And since he woke up, nothing’s been the same. Because while he was lying there bleeding out, he was bi Memphis, Tennessee. One of the top ten...