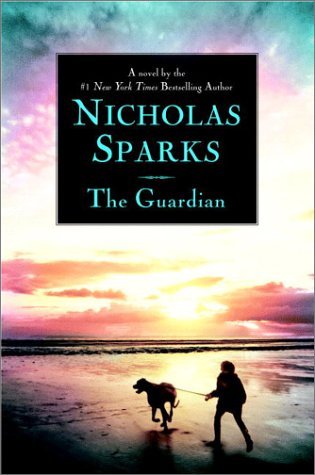 Wasn't a huge fan of this one, but I am looking forward to Sparks' next novel: 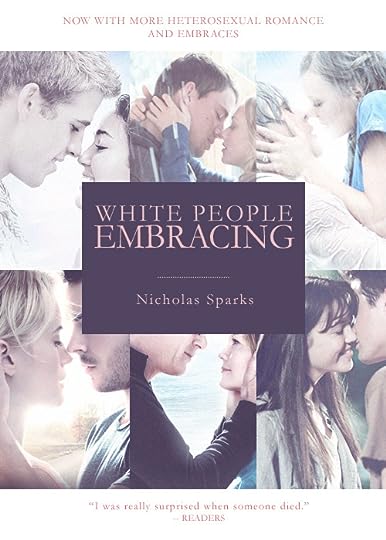 Author's note at end of the book ... brace yourselves, you might fall of the chair, laughing. I know I nearly did.

"From first to final draft, the novel went through eight major revisions until my editor and I were finally satisfied that the novel accomplished what it set out to do, that is, be a love story first and foremost, and secondly - in a way that sneaks up on the reader - a compelling thriller."

"A COMPELLING THRILLER"!! This author needs to either sack the editor or read some "compelling thrillers" himself. Such a half-baked plot. It was SO OBVIOUS what was going to happen. Ended up skimming but, even so, I got the gist of it. And Mike - seriously, he came across as a bit of a simpleton. I thought maybe this was one of this author's early books or even his first book but, no, he wrote a few prior to this one.

I've never written a review before, but I thought that this book really qualifies for one.
Sometimes you just want something that you can indulge yourself into without the analysis and critical thinking, and this one was perfect for it.
I love the whole story between Mike and Julie and the slow realization of Julie as she comes to love Mike.
and of course I love Singer, The Guardian.
This book is full of twists that I didnt expect at all.
I was surprised by the ending, But I loved it.
This is the first time I read to Sparks and I'm really glad that I did.
The book is just beautiful. Brought tears to my eyes. ♥

I admit, Nicholas Sparks got me with The Notebook. I was 22, sitting alone in the back of my parents car coming home to Pennsylvania after visiting relatives in Illinois, and I devoured the whole thing, sobbing so much my parents almost pulled over the car. He totally got me, reeled me in. Hook. Line. Sinker.

The man is smart. He knows his prey...er, audience very well, knows exactly what "bait" to dangle in front of them. People fall in love, BIG, GRAND, EPIC ROMANCE LOVE. Throw in some horrible tragedy/obstacle/terminal illness. Add a bunch of corny, cheesy platitudes. Then drop thousand pound anvil of Major Life Lesson That Must Be Learned...over and over and over...and over again. Lather, rinse, repeat. Voila! Best-selling author.

I would be lying if I said I didn't fall for this kind of formulaic writing. It's needed. Sometimes you just need predictable, romantic cheese. Obviously, or Nick Sparks wouldn't be a gazillion-jazillion-aire, or whatever. I won't pretend to be a literary snob who looks down on this genre of books. I have guilty pleasures, and I indulge. You all know you do, too.

HOWEVER. This book is UNNECESSARY. And EVIL. PURE EVIL.

And here's the part where I also won't pretend to be a rational human being when it comes to animals, or more specifically, animals of the canine variety. My husband and I have no children. Instead, we have three dogs. All rescues. I am one of Those Crazy Dog People. So, I will forewarn you, and fully admit, that my Absolute Hate of this book is fueled by my completely irrational and 5 year-old belief that Dogs Do Not Die. EVER. AT ALL. Even happily from old age (MARLEY I AM LOOKING AT YOU).

I mean, at 5 years-old, I bawled and my mom had to remove me from the movie theater during The Fox and the Hound because "We'll always be friends. FOREVER.". Except when I get older and have to hunt you down and kill you. LIES. ALL LIES. And no animals, dog or fox, were even killed in that movie.

So I'm assuming, if you've read this book, you get (from my looooong disclaimer) why I hurled it across the room when Nicholas Sparks went and MURDERED THE DOG. It's not enough to POISON him. No, to just make this book even that much more DRAMATIC, let's SHOOT HIM TOO. But, it'll be okay, because he died protecting his humans from a crazy stalker and his humans get to live Happily Ever After because of how brave the dog was. And that just makes it all better, doesn't it?

Is it wrong that I've rewritten the ending in my head where all the humans (It's been so long since I've read this, I've forgotten names)--Main Character, Love Interest, Crazy Stalker--all end up dead because they are humans and adults and they all should know better than to allow THEMSELVES, let alone an innocent dog, to get mixed up in all this stupid drama. And the dog MIRACULOUSLY lives and gets HIS Happily Ever After with a nice, stable family, who are smart enough not to get mixed up with Crazy Stalkers, and who have two children for him to play with and a big, fenced-in backyard.

That might be wrong of me, but I've already admitted my irrational love of dogs so my alternate ending shouldn't have been a surprise.

I apologize because I can't really offer any rational critique of this book. That all went out the window the moment he MURDERED THE DOG. I am way too blinded by my hate of this to offer anything else even remotely constructive or informative.

I haven't read another Nick Sparks book since The Guardian. And that was about seven or eight years ago. Have I mentioned I also hold irrational grudges against authors who murder dogs? This Grudge is so strong, I don't care what kind of cheesy bait he dangles, I will never bite again. Completely irrational, I know. But I like living in Irrational City. Dogs don't die there.

One of my favorite Nicholas Sparks' books. The main character falls in love with her long time friend after losing her husband at a very young age. I love the romance concept of the book and the slow realization of Julie as she comes to love Mike. It is also a nice concept of her lost husband watching over her and letting go when he sees she is finally at peace without him. Romance stories are more fascinating to me when the main characters are already friends who fall in love.

yeah, there's a spoiler in here. so stop reading if you don't wanna know.

yep. sparks does it again, sucks, that is.
he kills off a dog this time, if memory serves me right. I think that's all he's got... try to make a love story so sweet you need insulin. and then WHAM! Death! yeah, get out your kleenex you sorry bastards!

that's right Sparks, kill 'em all! must be a metallica fan.

Sometimes, belonging to a book club (or two, or in my case, three) means that you are introduced to something that you would have never read on your own, that turns out to stretch your mind and lead to interesting discoveries...and other times, you are so aghast by someone's favorite that you avoid the discussion of the book so as not to hurt the person's feelings who suggested it. Here on Goodreads, I will pull no punches. This book reads like a Hallmark card, or a serial in a woman's magazine, or worse yet--a Lifetime movie. The premise is lame and unbelievable...how many dying husbands make pre-death arrangements for a dirty puppy to be delivered to the grieving widow on Christmas--in a cardboard box, no less? Why was the pup in such sad shape? Was the husband so ill that he ordered the pup from a substandard puppy mill? Ah, but with the wisdom that people about to die seem to have, he has chosen well, and she is thrilled to have the responsibility of training and caring for an enormous dog instead of being able to choose for herself if she wants to take this on, or perhaps choose a nice low maintenance goldfish instead. The rest of the story is so much like others of this genre that you may feel like you've already read it. The charming, handsome man who turns out to be psychotic, the man she thinks of as a "friend" who is really in love with her (and, of course, ends up being her savior at the end and she loves him too...yawn.) In stories like this, good people rarely die, even after being beaten to a pulp and left for dead in a ditch for two days (slutty hairdresser who isn't very bright); a cop found shot in the head, lying face-down with his head in a pool of blood near the end of the story is out of the hospital in a few days instead of being six feet under; a dog who has been poisoned with enough rat poison to kill six dogs, who moments before was gasping his last breath on the ground and unable to stand, suddenly flies through the air and attacks psycho dude, saving his owner, only to finally die of gunshot wounds inflicted by psycho dude. Weepy dog death scene follows, but psycho dude is dead and doggie has fulfilled being her guardian as in the book title, and everyone else goes off happily into the sunset. This is basically the song "My Life Will Go On" by Celine Dion mixed with a touch of "Old Yeller."

Saccharine! Predictable! This is the first Sparks novel I've read and I don't understand (from this first exposure anyway) WHY this man is a bestselling author. I just didn't get the appeal... Spoiler: the "Guardian" is the dog. THE DOG. I mean, anytime the dog has to save the day, is this good?

Julie lives with her dog Singer in a small town in North Carolina where she meets Richard, who is hiding a dark secret. Her friends, especially Mike, try to protect her, but Richard knows no boundaries. In the end, she loses a faithful friend and with him the connected love for her husband Jim. This book was a little bit different than the other love books of Nicholas Sparks, although it was less heartbreaking, the book is totally exciting and full of love.

Speachless.. Literally speachless.. Nicholas Sparks is a natural!! Every time I finish a book of his, I keep on saying it's the best, but ALL OF THEM ARE BEAUTIFULY AMAZING!!!! Mike, Richard, singer, jim.. Everything was soo beautiful.. Richard was sexy, seductive,yet somehow pshycopathic. Mike such a darling sweetheart, every girl would die to have such a boyfriend who loves you so much to the extent that at the last second of his life, when he was one step away from death, he gathered himself because he didn't want to die and leave Julia and realization struck him that if he dies, Julie will get killed by Richard (Robert). Nicholas, ur books give me great emotion.. At the end of every book I read from Nicholas, I was always left breathless and with tears rolling down my face.. I'd hug the book and stare into space.. Amazing.. Nicholas Sparks, you're the best <3