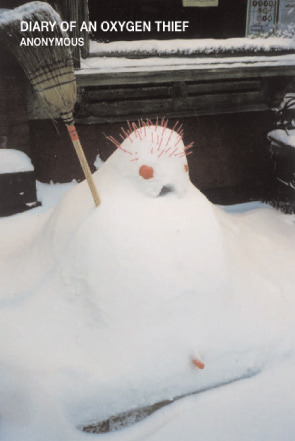 Diary of an Oxygen Thief

Quotes From "Diary of an Oxygen Thief"

"Maybe there is a law after all. Of nature. Like gravity. An unwritten axiom that governs our emotional dealings. What you do comes back to you with twice the force, fuck it, three times the force. We are not punished for our sins we are punished by them."
40 likes
"Romance has killed more people than Cancer. Ok…maybe not killed but dulled more lives. Removed more hope, sold more medication, caused more tears"
32 likes
"They say you’re not punished for your sins, you’re punished by them."
27 likes
"You can’t hurt a man with a pinprick when he’s already got a spear in his chest."
24 likes
"My logic went as follows: If someone hurts you then you automatically want revenge. It doesn’t matter how long it takes, you want revenge. I thought, if I hurt her enough she would want revenge. Therefore, I wouldn’t have to worry about never seeing her again. Because that is what I feared most. The fact that I was losing her."
20 likes
"She was very attentive. That was it. She knew how to handle a guy. She made you feel like it was okay to be a guy. To be yourself. This, it seems to me, is the most devastating weapon of all in a woman's arsenal. If you can encourage the man to be himself, to give you his character, his ways, then you know how to navigate him, and therefore, he will never be able to hide from you."
17 likes
"The same thing happened to me, only worse. Worse because it happened to me."
16 likes
"That was the moment I knew I'd have to do this thing alone. This thing being life."
11 likes
See All Quotes From "Diary of an Oxygen Thief"