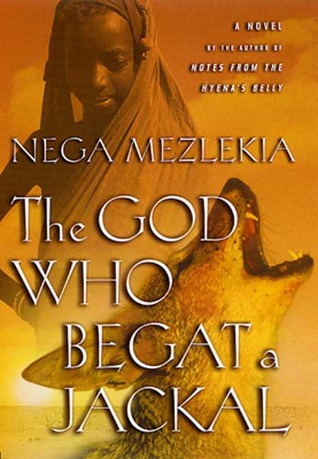 The God Who Begat a Jackal: A Novel

A Library Journal Best BookNega Mezlekia's memoir Notes from the Hyena's Belly was described in the New York Times Book Review as "the most riveting book about Ethiopia since Ryszard Kapuscinski's literary allegory The Emperor and the most distinguished African literary memoir since Soyinka's Aké appeared 20 years ago." Mezlekia now offers a first novel steeped in African A Library Journal...

Quotes From "The God Who Begat a Jackal: A Novel"

"Though the uprising had freed the vassals from any obligations they might have had to their former masters, it had yet to profit them. In fact, as the villagers had to man their new borders, build their own prisons, police their markets, and look after the judges they appointed, the amount of money that went to communal use steadily increased. Many ended up paying out more this way than they ever had under the deposed system. But the uprising was never undertaken for riches; it was about basic human dignity. Nor was it for revenge, but self-determination; not for shedding blood, but ending bloodshed. Above all, it was about realizing fair access to natural resources.

Two years after discarding the old shackles, they kissed their wives and children good-bye and headed for the trenches, many of the village men would look back at the distances they had traveled and shake their heads in disbelief. Indeed, what an exhilarating feeling it must have been for someone who had never made a decision for himself to have, finally, his destiny firmly in his grasp: to grow the crop of his choice, to paint his home the color he fancied, to marry his daughter to the man he favored, and to be able to send his children to school, all without fear of repercussions from a feudal master. What is more, the peasant no longer needed to submit himself to the humility of waiting on his master’s guests while his wife and daughter labored in the kitchen, preparing food they were not allowed to sample. The peasant might die fighting to hold on to his newly gained freedom; in the past he had always been dying fighting for someone else’s cause. This was a feeling many outsiders, Duke Ashenafi and Reverend Yimam, above all, would never understand."
0 likes
"Many a warlord engages a spiritualist to influence the outcome of a war he is involved in. A priest may consecrate a campaign, and may even join the soldiers on the battlefield in a total effort to shore up their fighting spirit; a spell-caster is hired to curse the wretched enemy. But as the war drags on and divine intervention proves hopelessly distant, an Abettor is sought.

A self-appointed admiral, the Abettor is versed in the art of modern warfare, developments in armaments, the strengths and weaknesses of warring parties in his domain, and, above all, is the deciding factor in the most prickly situations. Driven by his passion for a fair fight more than any personal reward or gratification, a good Abettor thinks nothing of abetting both belligerents in a given engagement.

A celebrated Abettor came to the rescue of Count Ashenafi. A slight man with wooden dentures, the war broker had spent many of his ninety-three years crisscrossing territories, often with little regard for political borders, in search of a war to sponsor. He was a living archive: at his fingertips were all the battles that had been fought in his vast domain for the past six centuries and the strategies and tactics that had endured through generations. He was well acquainted with the armaments and able-bodied men within reach of not just princes and kings but also the lesser war-makers—feudal lords.

A quick study of human nature, the Abettor realized that men may endure without bread and water but not without war, and so he made it his calling to afford them a fair and refreshing combat. He spent his days and nights sniffing for gunpowder, carrying on his back his worldly possessions of an old rifle, the Holy Scriptures, an extra copy of the Book of Hymns, and a small sacrifice for the road. He slept while walking. Having adjusted his needs to the ever-shifting clime, he could go without food or water for up to six months. Only in times of abundant harvest did he answer the call of nature.

Though many brave men had sought him out in times of pressing need, the war patriarch had failed to earn their affection. A few of the people he had so diligently served had conspired to put him out of service in the most hideous ways. In an ordinary year, he could expect to be stabbed to death twice. Once, an army of retreating archers shot him with ninety-five arrows. On three different occasions, he was carved into palm-sized pieces and his remains served to hawks and storks; he was also known to have been buried alive. But, each time, the old man resurfaced in some remote corner of the kingdom in one piece, invigorated by his ordeal, ready to influence the outcome of another raging war."
0 likes
"Suddenly, it seemed to me an eternity since I had last seen Mam, and I cried.
"What is wrong with the boy?" the monk asked.
"It is his first day out," Dad fumbled.
"Cheer up," the monk said to me. "You are becoming a man."
"I am hungry," I told him.
"That is one way of becoming a man," he concluded."
0 likes
"It is the stale breath of Death on his open and vulnerable neck that immortalizes the hero, that lends a fireside story its luster."
0 likes
"Aster had come to trust the diviner implicitly. The lessons had burned such an indelible mark in her memory that she could recount, with the utmost ease, all twenty-three creatures that had fallen from the grace of God, and the nine ethnic groups that the Almighty had meant to be slaves. She accepted that one shall not kill one's neighbor, unless it is to encourage others to do the same; one shall not steal, unless one can prove oneself lord-designate; and one shall show deference to an elder, unless it is decidedly evident that the elder is from one of the nine fallen ethnic groups."
0 likes
"Land was to the nomads what a deity is to the initiated: one may draw on its might, but not lay claim to it. Amma herdsmen roamed the vast steppe at will in search of a green pasture and watering hole, with little regard for man-made boundaries. They questioned why a settled society should behave any differently, why one man should toil in the service of another merely because the stronger had staked out something that had never belonged to him in the first place."
0 likes
See All Quotes From "The God Who Begat a Jackal: A Novel"