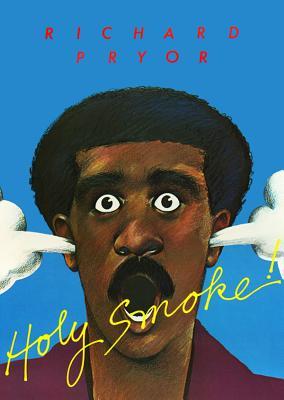 I found this while I was searching the Overdrive collection from my local library. I didn't find this to be as funny as other works by Pryor but it's still good to get to hear his work. Glad this is available in a digital format.

I remember listening to Richard Pryor comedy albums/ casette tapes when I was a teen. I loved his humor. When I selected this audiobook, I assumed it was a book, but in reality it was stand-up from the 70's, stuff I had heard in the 80's. I did laugh at the interview bit, but the rest of it didn't resonate with me as it had in my teens. I think comedy has changed a lot during the decades. I don't know how much he had written versus him just talking and trying to be funny on the spot. Was he doing drugs during these tapings?

The audience seemed to laugh out of expectation. They already knew Richard Pryor was funny. You know how that is. You have a friend who always makes you bust up, or you see a funny actor in person, and even the slightest attempt at humor makes you laugh, even if it's not really funny. I think Pryor had that going for him, especially the first half of this recording.

I know some will be angry with my assessment, but it wasn't that great. Years have changed comedy expectations, and he seemed to get a pass because he was notorious already for his comedy.

Listened to the audiobook on the LibrariesNI Overdrive app. Richard Pryor was very funny but I could take this or leave it.

What can you say about a legend? I know Richard Pryer.