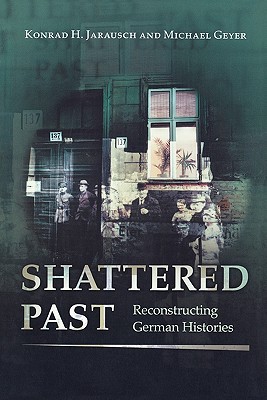 
Comprising original essays, the book begins by reexamining the nationalist, socialist, and liberal master narratives that have dominated the presentation of German history but are now losing their hold. Treated next are major issues of recent debate that suggest how new kinds of German history might be written: annihilationist warfare, complicity with dictatorship, the taming of power, the impact of migration, the struggle over national identity, redefinitions of womanhood, and the development of consumption as well as popular culture. The concluding chapters reflect on the country's gradual transition from chaos to civility. This penetrating study will spark a fresh debate about the meaning of the German past during the last century.


There is no single master narrative, no Weltgeist, to be discovered. But there is a fascinating story to be told in many different ways.

Even disregarding the arguments presented in this book, it provides a fantastic review of the state of German historiography at the turn of the 21st Century, one which has proved valuable in shaping my own reading lists.

1. German history in the twentieth century was dominated by three "master narratives": National History, Marxist History and Progressive-Liberal History of the Weberian mould. (5-7) These histories were deeply tied into the politics, society and culture of the German nation.

2. “The manifold contradictions between ruptures and continuities, fracturing and restoring community, are therefore a central feature of German history in the twentieth century. The frightening truth of the matter is that the extremes cannot be separated from the mainstream since innocence and complicity are intertwined. Neither at large nor en detail can German history be salvaged as if a redeeming feature could be defended and then recovered after defeat in a miraculous process of self-cleansing.” (12)

3. “This basic ambivalence suggests the usefulness of a cultural approach to German history. Such a perspective does not primarily mean the study of culture as a discrete sphere or subsystem… Nor can it just be subsumed under an ethnographic look at the customs, symbols, and behaviours of continental natives… Such a perspective must also grapple with the implications of the linguistic turn, which suggest that action does not translate into social effects without the intercession of language or thought... It draws attention to public discourse, symbolic representation, and personal experience to recover dimensions of reflection and meaning, to become more sensitive to exclusions and silences in historical accounts, and to under- stand the dialogic nature of reconstructions of the past.” (14)

4. “An alternative approach, better suited to the shattered nature of this past, would start with the recognition of the very instability of the German condition and make it the pivotal concern of historical reconstruction… Dissolving the single overarching story of the nation into multiple histories permits the recovery of a sense of the nation’s fractures and of the labors in joining and orchestrating them. Such a perspective means asking where Germany was, who the Germans were, and what these diverse German subjects did in putting society together and breaking it apart. The question about how these many subjects fared puts the nation back into the center, not as a self-evident fact or normative given, but as an embattled construct of forces contending for its control.” (17)

5. There are seven “themes” of modern German history:

6. “The point is not just to add previously silenced voices to the general chorus but to rethink German histories from the margins to decenter received conceptions of what it meant to be German at a given time.” (83)

Thought-provoking, clever and at times harrowing, this book is no light-hearted read but it tackles essential issues that anyone trying to understand German history will undoubtedly encounter.

Though the focus of the book is more about German identity and Germany's place in historiography, its ideas are pretty accessible to anyone with a keen interest in knowing more about the 20th century and Germany's place within it. It approaches many difficult subjects with a painful honesty that puts trauma under the microscope and investigates its causes and consequences.

While certain chapters of the book would be more useful if you're studying a specific theme or period of German history, it's really in the book's completeness that it gives you a well-rounded perspective of the issues with looking at complex histories and identities which is an invaluable tool for any student looking to expand their critical thinking.

Shattered Past also has a goldmine of research to draw from which, when approaching the daunting swath of literature about 20th century Germany, is a vital yellow brick road through which to learn more about particular issues. What's more, the book evaluates a broad range of literature and assesses their usefulness in turn which can save a student many hours of being slogged over articles only to find them of poor reputation.

After reading the book from cover to cover over a period of six months, my heavily annotated and underlined copy will have a secure home on my bookcase for a long time as it's one of the most thought-provoking academic books I've read so far.

I do have a soft spot for the essay, and this book is a collection of the more daring in this vein. Each one of these is remarkably efficient in summarizing a paralyzing quantity of literature and history, and offers some interesting new approaches to German history. Not all are as original as intended, perhaps, but they all plead their respective cases nicely. I was particularly partial to the final section on the fusion of history and catastrophe, but then again, that's what I study.