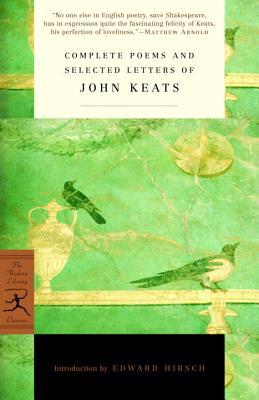 The guy had talent but reading his stuff is like being locked up in that Hansel and Gretel house made of confectionery. You get to feeling ill. In fact you need a bucket quite soon. There should be a Marathon Keats Reading Competition to see who can read the most pages of the Complete Poems without losing their lunch. I bet if Keats had been around in the 1970s he'd have been a Genesis fan - and then a Peter Gabriel fan! I can imagine him earnestly glomming onto "Selling England By The Pound" or some such prog rock shite on his Keatsian headphones (ordinary headphones garlanded with anemones). And he would have wanted to write the lyrics for the next one. Yes, that's right, he would have been a lyricist for a prog band - like Yes or Marillion or Van Der Graaf Generator! Ha ha ha! Tough luck, John, you missed a really modest career as a prog rock lyricist. The girls would have loved your soft curls and your early death would have gone down a treat. 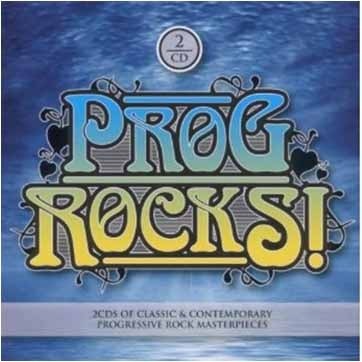 I've been a big Shelley fan, and in a different way, Byron... but never tackled Keats before. As a non-English major, I'm having to google a lot of the references (21st Century Keats), but god is it gorgeous. Okay, I'll cop to it, I saw Bright Star yesterday--came right home and took this barely-cracked book off my shelf and stuck my nose in it for the rest of the night. My mind's jaw dropped open in admiration.

In the introduction to this book, the poet Edward Hirsch writes, "John Keats's poems and letters were for me ... the portals of poetry itself." I won't go that far (my portals were the poems of Lorca), but they were definitely portals to metered and rhymed poetry for me. It was around the beginning of this book that I got into writing poetry in iambic meter, and this book really trained my ear and schooled me in iambic pentameter. Reading a book on poetic rhythm and Gerard Manley Hopkin's stress verse alongside this really helped, too, as the former gave me a theoretical understanding of the meter (esp. the notions of beats, inversions, and elisions) and the latter threw Keats's poetry into stark stylistic relief (you understand something from seeing differences).

As for his poems more specifically, I didn't particularly care for his early poetry (except "How many bards gild the lapses of time"), not even his much vaunted "On first reading Chapman's Homer." Endymion was an okay read, with flashes of quotable lines and solid turns of phrase (e.g., "Speak not of grief, young stranger, or cold snails / Will slime the rose to-night..."). Lamia, Isabella, and The Eve of St. Agnes left me rather indifferent. BUT I did enjoy his 1819 Odes, especially "Ode on a Grecian Urn" and "Ode to a Nightingale" as well as "To Autumn." The posthumous and fugitive poems were mostly misses for me, though they were some hits, too, like "This living hand, now warm and capable," "If by dull rhymes our English must be chain'd" and "Lines written in the Highlands after visiting the Burns Country," and "On visiting the Tomb of Burns" (though surprisingly I didn't—or couldn't—appreciate his famous "La Belle Dame Sans Merci" as much as its status calls for). And finally, The Fall of Hyperion. It's a different beast altogether—if he had the time and energy to continue it, I had the feeling it would have been his masterpiece. This is where Keats manages to blend his philosophy of poetry and personal experience with myth, and the result is electrifying to say the least. The opening alone is great poetry:

Fanatics have their dreams, wherewith they weave
A paradise for a sect; the savage, too,
From forth the loftiest fashion of his sleep
Guesses at heaven; pity these have not
Traced upon vellum or wild Indian leaf
The shadows of melodious utterance,
But bare of laurel they live, dream, and die;
For Poesy alone can tell her dreams,—
With the fine spell of words alone can save
Imagination from the sable chain
And dumb enchantment...

All in all, the 3 months I spent with Keats was definitely worth it.

The introduction speaks of Keat's "verbal sumptuousness" and that's apt--particularly if you read these out loud, they're a feast for the ears. That said, I didn't love everything. I was less than wild about Keats' two longest poems, particularly the longest, Endymion, which at over a hundred pages is the only one that could be described as "epic" and the only one that after reading part of it I skipped. I think part of what I don't much like about that poem is that it feels less personal than the others. Although the shorter poetry has a lot of classical allusions, here the world of Greek myth is central, and strikes me as too artificial and pedantic unlike the way it hits me when it comes from a Homer or Vergil. Poems such as "On Chapman's Homer," "Ode to a Grecian Urn" and "On Seeing the Elgin Marbles For the First Time" are about Keats' reaction to things classical, which is a different story. Or maybe it's just Keats wasn't then ready to handle an epic theme. He himself said he was stretching himself and saw the poem as flawed, if a great learning experience, and when it was published, the poem drew scathing reviews.

Yet, even Endymion has its riches--the first line is "a thing of beauty is a joy forever." That certainly can be said of Keats' poetry. There are so many of the shorter lyric poetry and sonnets that are so absolutely gorgeous it would just be too long to list all I loved in a review, but I'll try to list my five favorites in order they're found in the book--even though I know the choices are rather predictable.

1) "On First Looking into Chapman's Homer" - because it expresses so well the wonder of discovery to be found in reading with its "realms of gold."
2) "When I Have Fears" - because it's heartbreaking, especially knowing Keat's fate.
3) "La Belle Dame sans Merci" - because it's a creepy, haunting horror story.
4) "Ode on a Grecian Urn" - because well, it's brilliant. ("Beauty is truth, truth beauty.")
5) "To Autumn" - because the imagery is so lush. ("Season of mists and mellow fruitfulness")

Yet it's not just famous ones such as "Ode to a Grecian Urn" or "La Belle Dans Merci" but it's the ones such as say "Fancy" that don't often make it into anthologies that thus justify reading a book devoted to Keats alone. Ordinarily, given I didn't like a poem which takes up a quarter of the book's length, I'd mark the book down in the rating, but with Keats I can't bear to. Absolutely a first-rate poet, it's obscene that he died at twenty-five years old.

Complete Poems and Selected Letters of John Keats takes the reader on the ride through mythology and Keats's time in the world. Keats wrote new imaginings on old mythologies in the form of poetry. At times I found myself a little awash in a story that felt both oddly familiar and completely foreign at the same time. Keats plays with language in a way that feels both deliberate and carefree. I often found myself looking for a hidden message in the simplest of text and longing for a straightforward message in more complex text. Complete Poems and Selected Letters of John Keats sometimes veers into unfinished thoughts and unfinished works with an honesty that disarms even as it brings up one's defenses. I found some of his unfinished work quite compelling as it was, even complete, and some of it... well, unfinished. Complete Poems and Selected Letters of John Keats is an intriguing look inside the work and the mind of John Keats that somehow feels like a complete work even with the inclusion of his unfinished works.

Favorites:Fall of HyperionOde on a Grecian UrnOde to IndolanceOn seeing the Elgin MarblesTo SleepOde to melancholyBright starTo autumnSo yeah, I guess I love the same Keats poems that everyone has for the past 200 years.I didn’t care for his plays like king otho or some of his longer poetry like endymion or bells and caps though. Very much so felt like a slog at times. The letters includes in this edition were great as well, particularly the ones to Charles Brown. Sad stuff.

Torn at having to rate this book at all but I think this is fair. John Keats has my heart but I don’t think it’s any secret that his longer poems and plays are a bit of a slog (I may have skimmed most of Otho the Great). I don’t think I can overstate my love of Keats though, and I’d be lying if I said I didn’t tear up a bit at the last lines of his final letter in the collection. “I can scarcely bid you good bye even in a letter. I always made an awkward bow.”

Keats is definitely one of my favorite poets. Some of his early poems are not as good as his later ones, but by the time we get to his second book of poems with his Romances, the Great Odes, and the Hyperion fragments he is spectacular. It is unfortunate he died so young, imagine what he would have done if he lived as long as Shakespeare, Chaucer or Milton.