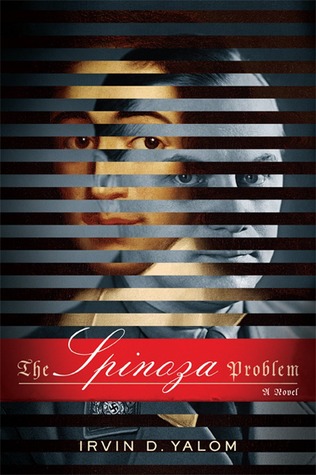 Quotes From "The Spinoza Problem"

"If Epicurus were speaking to you at this moment, he would urge you to simplify life. Here's how he might put it if he were standing here today : " Lads,your needs are few, they are easily attained, and any necessary suffering can be easily tolerated. Don't complicate your life with such trivial goals as riches and fame: they are the enemy of ATARAXIA. Fame,for example,consist of the opinions of
others and requires that we must live our life as other wish. To achieve and maintain fame, we must like what others like and shun whatever it is that they shun. Hence, a life of fame or a life in politics? Flee from it. And wealth? Avoid it! It is a trap. The more we acquire the more we crave, and the deeper our sadness when our yearning is not satisfied. Lads, listen to me: If you crave happiness, do not waste your life struggling for that which you really do not need."
87 likes
"Psychiatry is a strange field because, unlike any other field of medicine, you never really finish. Your greatest instrument is you, yourself, and the work of self-understanding is endless. I'm still learning."
79 likes
"You will search the world over and not find a nonsuperstitious community. As long as there is ignorance, there will be adherence to superstition. Dispelling ignorance is the only solution. That is why I teach."
47 likes
"If I'm among men who don't agree at all with my nature, I will hardly be able to accommodate myself to them without greatly changing myself. A free man who lives among the ignorant strives as far as he can to avoid their favors. A free man
acts honestly, not deceptively. Only free man are genuinely useful to one another and can form true friendships. And it's absolutely permissible, by the highest right of Nature, for everyone to employ clear reason to determine how to live in a way that will allow him to flourish."
25 likes
"Dom nije mjesto - to je stanje svijesti."
6 likes
"Spinoza was the supreme rationalist. He saw an endless stream of causality in the world. For him there is no such entity as will or will power. Nothing happens capriciously. Everything is caused by something prior, and the more we devote ourselves to the understanding of this causative network, the more free we become." ... "I'm sure he would have said that you are subject to passions that are driven by inadequate ideas rather than by the ideas that flow from a true quest for understanding the nature of reality." ... "He states explicitly that a passion ceases to be a passion as soon as we form a more clear and distinct idea of it--that is, the causative nexus underlying the passion." p.269"
4 likes
"همزیستیِ آیین ها و ذهن مستدلِ هشیار امکان پذیر نیست. این دو هم ستیزهایی سخت هستند"
3 likes
"Why does the same book elicit such a range of responses? There must be something in the particular reader that leaps out to embrace the book. His life, his psychology, his image of himself. There must be something lurking deep in the mind—or, as this Freud says, the unconscious—that causes a particular reader to fall in love with a particular writer."
3 likes
See All Quotes From "The Spinoza Problem"