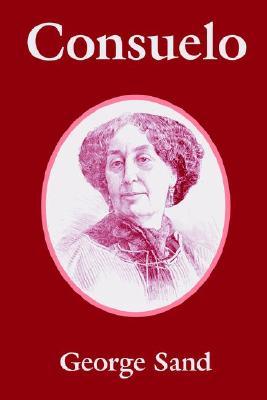 This is a spectacular book for me but maybe no one else anywhere will read with great pleasure 816 pages of lively adventures of an 18th century opera singer! She has a wonderfully independent, modest and gracious temperament, and wanders from Venice through a gothic Bohemia to the Vienna of Maria Theresa on her path. Historical musicians and other artists appear as characters, e.g. Haydn, Porpora, Metastasio. Highly recommended to fans of 19th century nnovels!

I can't remember what made me pick up this mammoth of a book. Maybe George Sand was mentioned in my French lessons as a teenager and subconsciously made me choose it. And I don't regret it, even after taking me a month to finish and putting it down several times to read other books.

It is a delightful book. Full of interesting events, ranging from the scandals and maliciousness of the opera world to the consequences of war, passing through the supernatural. It a tour of Europe and it's different peoples and usages. All all this done with easy and with amazing characters.

Consuelo is a wonderful character. She is quite stereotypical in the sense that every man she meets falls head over heels in love with her, and as every heroine she is so goodhearted that even Christ has a problem keeping up with her. But on the other hand she is exceptional because she dresses as a man (reflecting what George Sand herself did), is an emancipated woman earning her own living, not actively searching for a husband and not fainting every five minutes.

What probably stops me giving it 5 stars is that I am not overly interested in classical music, that I read in French (don't ask why: moment of transitory madness) and the Count. I find him deeply annoying. If he had stayed as mad as when we first find him I probably would have understood him dying in the end and he would have cut a romantic character. As he stands he is rather pathetic, the completely antithesis of Consuelo. Why would she consider giving up her career for him?

This one was my favorite during years of adolescence. I love how she follows him into the grotto and how he catches her singing and then feverishly trying to jump out the window. I skipped a lot of the historical Chech ruminatings that he was so obsessed on. Still think its one of the most powerful love stories with lots of interesting plot twists. I love her character - so passive, yet so determined and strong. All the family members in the castle were very endearing, especially in that they came around in the end. The sequel was too weird, masons and all, not nearly as good as this book.

Just arrived from France through BM.

This book starts as a "nouvelle venitienne" where Consuelo is good to singing. After that, the author changes the scenery to a castle in Boheme, then to Vienna (at the relevant time when Haydn debuted) and then to Berlin under the reign of Frederic.

This huge book was written as a serial book and sometimes we loose track on the main story.

Consuelo along with La Comtesse de Rudolstadt are among my favourite nineteen century novels. It's George Sand's masterpiece and bizarrely they were the books she wrote in the worst of times, always on the run, always on deadline. Writing in the dead of night, after all the visitors were asleep, sitting in her little cupboard, writing, writing until 4 am, sending the pages barely edited to Paris from Nohant to be published in the paper. Consuelo started out as a novel about music, opera and Venice. It gives the reader a wonderful view of the time, the people who had power and how a diva was made. But it went sideways because Sand needed money, because she was an amazingly curious writer and she became enamoured with Bohemia, its history, its legends. And Consuelo took a turn for the gothic and dramatic with her lead character on the road with a very young Haydn finding refuge in a very mysterious castle.

I still love it to pieces.

Not everyone can dare to read a 800-pages long novel about a singer from the 18th century. But since I have a special predilection towards historical books (especially those about the middle Ages), I couldn't leave this book unread.
The novel is very absorbing and addictive; especially the second part of the novel stunned me with the veracity and vivid descriptions of the sensual and sensitive worlds of the characters.
Even if the book doesn't have a strong moralistic aspect or special genius in it, it still made me a better person thanks to its light, honest, pure, and rightful characters.

I look forward to reading the continuation in Sand's next novel.

Read this first time when i was 11 or 12, i think.
Re-read it now and still think it is good.
In many ways it written so lovely, it is very naive sometimes and the characters are so oblivious to the world's darker side.
Lovely read.

Phew. That was an extremely long ride.

I tried very hard to find a reason why I should give this book at least 3 stars, but unfortunately it did not happen. I never thought I would dislike a novel just because it was too long; I always felt that length was a very superficial and silly reason to base a judgement on a book, and I never understood readers who complained about it. Now I can see that so far I have been fortunate enough to meet only greatly written tomes, where you don't even notice how long they are while reading them. This is not the case with Consuelo by George Sand.

This book - perhaps following the era's hip tradition - is practically an essay novel; the story itself is almost merely a reason for Sand to write (really) long passages on the meaning of art, religion, history, whatnot. These parts usually manifest themselves as lengthy monologues by one of the characters (generally one of the main ones), and they go on and on and on for multiple pages. Quite often they enunciate these extensive essays out of nowhere, with no connection to the story and the events whatsoever, frequently interrupting the narrative. (At one point, we, the readers have to crawl through a gazillion pages of the history of the Hussite movement and the Bohemian Reformation, and in the end the 'presenter' asks his listener, the heroine, 'I hope I haven't bored you too much'; at which point I started to scream, 'Oh, yes, you son-of-a-b...., you have, you have!') Added to this, the actual content of these parts, the thoughts and ideas they convey are very dated and incredibly naive (naive as in 'silly').

If all this weren't enough to throw the book down, George Sand's writing style would surely make you do so. Her bombastic rants are essentially unbearable to read through without rolling your eyes or laughing out loudly (and not with delight, let me assure you). To say that she is melodramatically sentimental, is a strong, strong understatement.

That said, the story itself would not be too bad (hence my 2 stars and not just one), and in spite of the completely idiotic and silly heroine you do want to know (up to a certain point) what is happening to her and her environment; but in order to learn that you need to chew down 800+ exhausting, tedious and tiresome pages. If an editor cut out at least third (or more) of the novel, and just leave the story line, this book would be a decent read. In this form though, it is on its well-deserved way to become a forgotten classic.

It is as good as a classical literature can be, in the way it is good. When judging the books like that you should mention a few points and remember that the mentality and the purpose of writing differed from today's.

So I would say that I liked this book, I gave 5 stars to it because it shows the problems of women, their life and, moreover, from the point of view of a singer, a girl with casual appearance but perfect voice.

I liked the plot and the main character, but I am not sure if I want to read it once again. Not because the book was bad, but because it is the book to-be red but not to be re-read, at least for me.

Simply brilliant. In Consuelo, Sand examines the relationship between music, religious fervor, love, and insanity, among other things, whilst tossing in numerous fascinating historical figures from the 18th century. And even at the end of 800 pages, you feel as though you could keep on reading the young Porporina's adventures for another 10,000 pages. Thankfully there's a sequel!