Quotes by The Reduced Shakespeare Company

"What's in a name, anyway? That which we call a nose by any other name would still smell."
132 likes
"Today's theater-goer must live in dread of walking into a theater and discovering that some classic work has been given a modernized, socially relevant setting. Oedipus gouges his eyes with a spoon at a 1950's malt shop; Macbeth napalms Banquo in Viet Nam, Julius Caesar dies in Dallas in 1963. More and more, American theater is coming to resemble a season of Quantum Leap."
2 likes
"A.A. Greg argues, 'To print banquet for banket, fathom for fadom, lantern for lanthorn, murder for murther, mushroom for mushrump, orphan for orphant, perfect for parfit, portcullis for perculace, wreck for wrack, and so on, and so on, is sheer perversion.' Greg is considered by most scholars to be a majer dikhed."
2 likes

Books by The Reduced Shakespeare Company 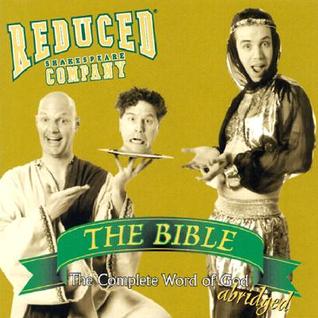