"Let those other women marry bankers. I've got myself a Marine."
8 likes
"I found myself surrounded by really old veterans wearing hats that said, "Retired Marine - SEMPER FI." These hats didn't appear to fit on their heads, but instead seemed to hover over them.
At one point, I mistakenly tried to take the last box of crackers that a veteran also wanted. He started yelling, "I ran away from home at seventeen, lied about my age, and joined the Corps! I fought in World War II, Korea, and NAM! I have no cartilage in my right knee! It's bone-on-bone, but every morning I run six miles! I did not sacrifice my knee for this country to come here today and have you disrespect me at the commissary. Oooh-RAH!"
I dropped the crackers and walked away."
5 likes
"I was still a newlywed and certainly wasn't to the point where I felt comfortable yelling, "I'm going to shit my pants any second!"
But the sweating had started, which was followed by the tears. "I'm not feeling well, and need to get home," I told him.
"Ok, but I have to obey the speed limit because of all the kids in the neighborhood," he replied.
I was pleading with him to hurry up when he came to a complete stop.
I screamed at him, "Why are we stopping?"
He rolled down the window. "Retreat."
I could see the flag lowering in the distance, the beautiful orange sun setting behind it.
In the opposite direction I could see the roof line of our home - so close, yet so far away.
As Retreat played, I surrendered. I pooped my pants. I took one for the flag.
Now that's patriotism."
4 likes
"It seemed harmless enough until she misplaced her "Dildo" and started calling the neighbors to ask if she could borrow one of theirs!"
3 likes
"During our visit, we noticed she was mixing up words. She started referring to Muslims as Mormons. After 9/11, she told Jon and me how it was important for America to stop the radical Mormons because they had perpetrated the attacks on the Twin Towers.
There was no way we could convince her of the difference. We'd just smile and not. "That's right, Grandma, all the Mormons got together on September 11th and ran their bicycles into the Twin Towers!"
2 likes 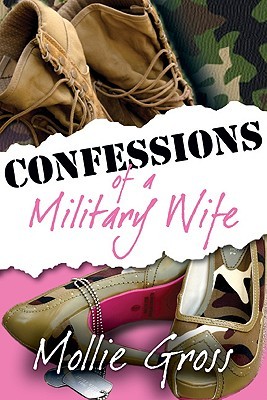