"Most of the movies are working like, 'Information, cut, information, cut, information, cut' and for them the information is just the story. For me, a lot of things [are] information - I try to involve, to the movie, the time, the space, and a lot of other things - which is a part of our life but not connecting directly to the story-telling. And I'm working on the same way - 'information, cut, information, cut,' but for me the information is not only the story."
8 likes
"You are the sun. The sun doesn't move, this is what it does. You are the Earth. The Earth is here for a start, and then the Earth moves around the sun. And now, we'll have an explanation that simple folks like us can also understand, about immortality. All I ask is that you step with me into the boundlessness, where constancy, quietude and peace, infinite emptiness reign. And just imagine, in this infinite sonorous silence, everywhere is an impenetrable darkness. Here, we only experience general motion, and at first, we don't notice the events that we are witnessing. The brilliant light of the sun always sheds its heat and light on that side of the Earth which is just then turned towards it. And we stand here in its brilliance. This is the moon. The moon revolves around the Earth. What is happening? We suddenly see that the disc of the moon, the disc of the moon, on the Sun's flaming sphere, makes an indentation, and this indentation, the dark shadow, grows bigger... and bigger. And as it covers more and more, slowly only a narrow crescent of the sun remains, a dazzling crescent. And at the next moment, the next moment - say that it's around one in the afternoon - a most dramatic turn of event occurs. At that moment the air suddenly turns cold. Can you feel it? The sky darkens, then goes all dark. The dogs howl, rabbits hunch down, the deer run in panic, run, stampede in fright. And in this awful, incomprehensible dusk, even the birds... the birds too are confused and go to roost. And then... Complete Silence. Everything that lives is still. Are the hills going to march off? Will heaven fall upon us? Will the Earth open under us? We don't know. We don't know, for a total eclipse has come upon us... But... but no need to fear. It's not over. For across the sun's glowing sphere, slowly, the Moon swims away. And the sun once again bursts forth, and to the Earth slowly there comes again light, and warmth again floods the Earth. Deep emotion pierces everyone. They have escaped the weight of darkness"
4 likes
"Here we have to acknowledge the fact that there were ages more fortunate than ours, those of Pythagoras and Aristoxenes, when our forefathers were satisfied with the fact that their purely tuned instruments were played only in some tones, because they were not troubled by doubts, for they knew that heavenly harmonies were the province of the gods. Later, all this was not enough, unhinged arrogance wished to take possession of all the harmonies of the gods. And it was done in its own way, technicians were charged with the solution, a Praetorius, a Salinas, and finally an Andreas Werckmeister, who resolved the difficulty by dividing the octave of the harmony of the gods, the twelve half-tones, into twelve equal parts."
1 likes
"ისინი გაჰყურებენ ფანჯრიდან, ისევე როგორც ჩვენ შევცქერით სატელევიზიო ეკრანს: ყველა რაღაცას ველოდებით, მაგრამ დასალოდებელი არაფერია - არც არაფერი მოხდება... ყველა მათი ქმედებები მეორდება. და ჩვენი - არა? ვდგებით საწოლიდან და ვიცვამთ ყოველ დილით, მაგრამ არავინ უწოდებს ამას კოშმარს. მაინც, რაღაც ვერ არის წესრიგში, რაღაც ხდება სამყაროში, და ჩვენ ყველა ვგრძნობთ ამას. არავის ვადანაშაულებ - თავად ვარ დამნაშავეთა რიგებში."
0 likes 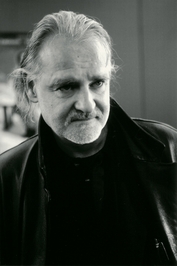