"It was not sympathy in the ordinary sense which he [Adolf Hitler] felt for the disinherited. That would not have been sufficient. He not only suffered with them, he lived for them and devoted all his thoughts to the salvation of those people from distress and poverty... his noble and grandiose work, which was intended 'for everybody'..."
10 likes
"So, in spite of all apparent contradictions, this strange love of Hitler for Stefanie falls into the pattern of his character. Love was a field where the unforeseeable might happen, and which might become dangerous. How many men who had set out with great intentions had been forced off their path by irregular and complicated love affairs. It was imperative to be on one's guard!

Instinctively, the young Hitler found the only correct attitude in his love for Stefanie: he possessed a being whom he loved, and at the same time, he did not possess her. He arranged his whole life as though he possessed this beloved creature entirely. But as he himself avoided any personal meeting, this girl, although he could see that she walked the earth, remained nevertheless a creature of his dream world, towards whom he could project his desires, plans and ideas. And thus he kept himself from deviating from his own path; indeed, this strange relationship, through the power of love, increased his own will. He imagines Stefanie as his wife, builds the house in which they live together, surrounds it with a magnificent garden and arranges his home with Stefanie, just as, in fact, he did later on the Ober-Salzburg, though without her. This mixing of dream and reality is characteristic of the young Hitler. And whenever there is a danger that the beloved would entirely escape into the realm of fantasy, he hurries to the Schmiedtoreck and makes sure that she really walks the earth. Hitler was confirmed in the choice of his path, not by what Stefanie actually was, but by what his imagination made of her. Thus, Stefanie was two things for him, one part reality and one part wish and imagination. Be that as it may, Stefanie was the most beautiful, the most fertile and purest dream of his life."
6 likes
"Externally Hitler sill appears a drifting character: he has failed at school, has no employment, has been rejected by the Academy, is in Vienna for no clearly stated purpose, lives on a pittance eked out by painting postcards. But behind this shiftless exterior Kubizek constructs what must have been there, although it was not apparent to casual acquaintances: the character of the man who, from these beginnings, without any other natural advantages besides his own personality, became the most powerful and terrible tyrant and conqueror of modern history. Here we see - along with the incipient monomania, the repetitive cliches, and the Wagnerian romanticism of his later years - the early evidence of that unbreakable will power, that extraordinary self-confidence. We see the penniless, unemployed, unemployable young Hitler, at sixteen, confidently rebuilding in his imagination the city of Linz, as he was afterwards to rebuild it in fact, and never for a moment doubting that he would one day carry out these improbable plans; we see him exercising over an elderly Austrian upholsterer that irresistible hypnotic power with which he was afterwards to seduce a whole nation; we see him, in Vienna, fortifying himself against a corrupt and purposeless society by adopting an iron asceticism, like some ancient crusader guarding himself against corruption in a pagan world. And then turning to detail, we see in Vienna, when Kubizek was closest to him, the working of Hitler's mind as it feels its way towards the beginnings of national socialism: his crude, voracious but systematic reading; his sudden discovery of politics; his hatred of the social injustice of urban life represented to him, the architect, by squalid slum buildings; his fear -- the fear which he was afterwards to exploit among millions of lower-middle-class Germans - of sinking into proletarian status. Behind the outward meaninglessness of his hand-to-mouth existence we see the inner
purposefulness of his studies, his experiences, his reasoning."
1 likes
"How many men who had set out with great intentions had been forced off their path by irregular and complicated love affairs. It was imperative to be on one's guard!"
1 likes
"Many a time, in my political indifference, I was secretly amused to see him swinging between anti-semitism and his passion for nut cake."
1 likes 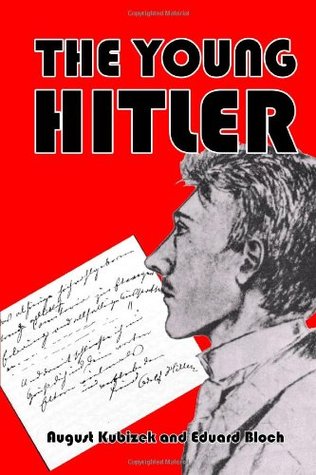 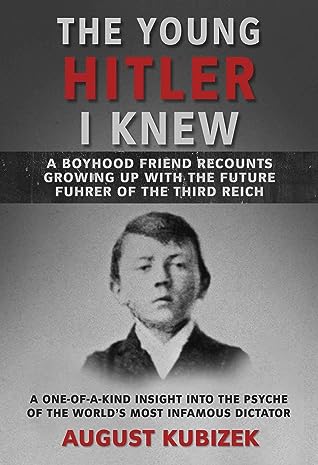